Merkel refuses to be drawn to US - Sino discord

Contrary to Joe Biden’s expectations, Merkel was clear that Germany did not perceive China as an enemy

•Like China, Germany is helping poor countries not just with Covid-19 vaccines donations through the Covax facility

•China is Germany’s biggest trading partner and technology exporter in Europe, a milestone it achieved in 2017. The trade volume between China and Germany exceeded US$100 billion in 2008. 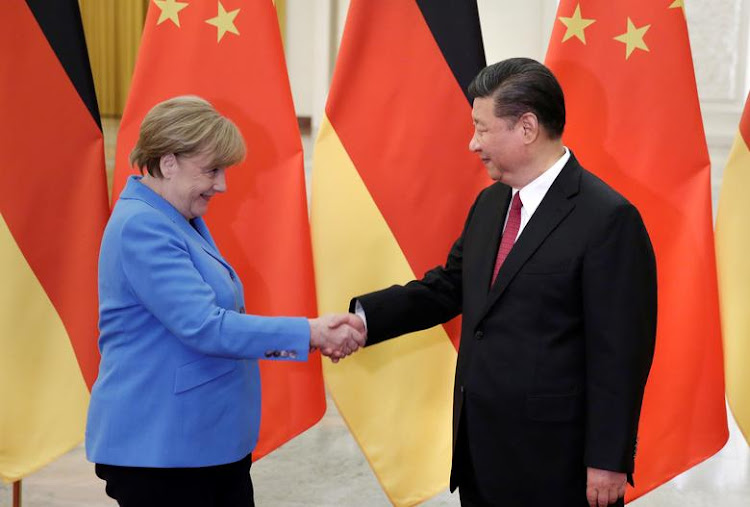 US President Joe Biden last week hosted outgoing German Chancellor Angela Merkel in Washington. Well, Merkel is not exactly a visitor to the Oval Office. She has been to D.C. 22 times before and met three previous US presidents.

No doubt then that she knows her way around the inner sanctums of the US corridors of power and is actually a confidant of the incumbents in the almost 16 years she has been Chancellor. Well, may be with the exception of the irascible Donald Trump, who rubbed everyone the wrong way.

When Merkel arrived in Washington, Biden referred to her as a "personal friend, as well as a friend to the United States." This is natural if one considers the number of years Biden has been in high office, particularly as Vice President to Barrack Obama.

In the meeting’s presser on July 15 in the White House, the two leaders discussed a wide range of issues including China, the controversy surrounding Russian gas pipeline Nord Stream 2, climate change, Covid-19 vaccines, Russian cyber attacks, Ukraine and the future of democracy.

But experts are still pondering the nature of the private session between them that Biden intimated about, which can be seen as the crux of Merkel’s visit. May be this is the forum where sensitive geopolitical issues were canvassed, with Biden seeking tacit support from Germany in the tug-of-war between the US and China, one of America’s pet issues.

However, Merkel avoided any polarity in both her statement and responses when fielding questions from the media. She preferred to use a conciliatory tone, velvet gloves at the worst.  She walked the middle path, showing no resentment or anger over the success of those the US view as enemies. 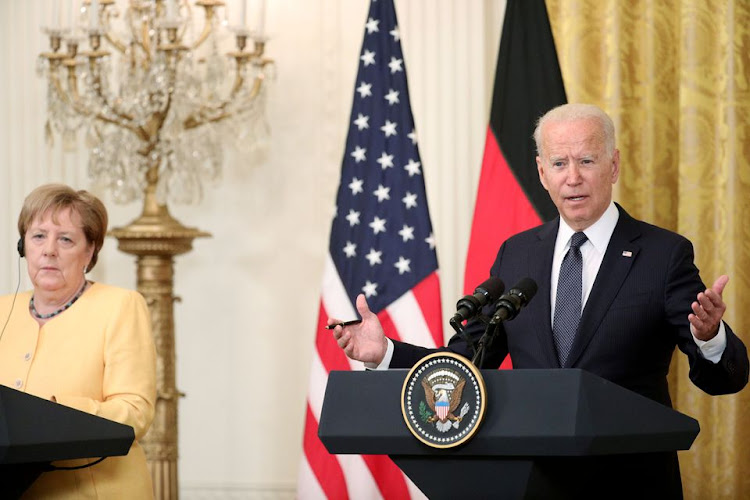 US President Joe Biden and German Chancellor Angela Merkel attend a joint news conference in the East Room at the White House in Washington, US, July 15, 2021.
Image: REUTERS/Tom Brenner

Contrary to Biden’s expectations, her statement was clear that Germany did not perceive China as an enemy. “We also talked about other priorities in our foreign policy. For example, our relationship with China. We are countries who stand up for free, democratic societies — stand up for those rights — civic rights for those who live in these societies.

So, wherever human rights are not guaranteed, we will make our voices heard and make clear that we don’t agree with this. We are also for territorial integrity of all countries of the world. We also talked about the many facets of cooperation and also of competition with China, be it in the economic area, be it on climate protection, be it in the military sector and on security.”

Markel was cognizant of the fact that Germany’s Federal Ministry of Education and Research recently allocated about USD 28 million in funding for the period 2017-24 for a rigorous and independent study of China’s expertise at German universities. This will include scholarship on language proficiency, culture, history and the country’s legal, political and economic framework.

Germany is not your archetypal Western nation. Its pragmatism is global. If Biden planned to create a wedge between the two countries, or even expand an imaginary one, he was definitely mistaken. Consider the following. China is Germany’s biggest trading partner and technology exporter in Europe, a milestone it achieved in 2017. The trade volume between China and Germany exceeded US$100 billion in 2008.

There is more. Since taking office, Merkel visited China seven times on trade missions between 2005 and 2014, which obviously shows the significance of the deep rooted partnership between the two countries. As proof of Germany’s sensitivity towards China’s sensibilities, in 2018 auto-maker Mercedes-Benz apologized to China for quoting the Dalai Lama on Instagram.

Well, Germany is on the right side of history. The country understands and respects where others are coming from and seeks mutual benefits in its partnerships. A few lessons from Merkel’s body language can help the US to be more empathetic to those it sees as lesser mortals.

Since taking office, Merkel visited China seven times on trade missions between 2005 and 2014

All through Merkel has worked quietly to maintain her country’s dominance, not to intimidate those who might not agree with her either ideologically or politically, but for the sake of the people of the federal republic. Like China, Germany is helping poor countries not just with Covid-19 vaccines donations through the Covax facility, but also in building the capacity of these countries to produce their own supplies.

One major legacy Merkel will be remembered for is welcoming more than one million refugees from Syria, Afghanistan and Iraq in Germany during the height of the countries’ internal wars. It was a marked difference from America’s treatment of Mexican refugees like the scam of the earth during Trump’s presidency.

Anyway, it is farewell to one of the best leaders the world has seen in modern times. Merkel is the best example yet of how to mind one’s own business, to live and let live.