•It was launched in 2013 by President Xi Jinping involving development and investment initiatives. 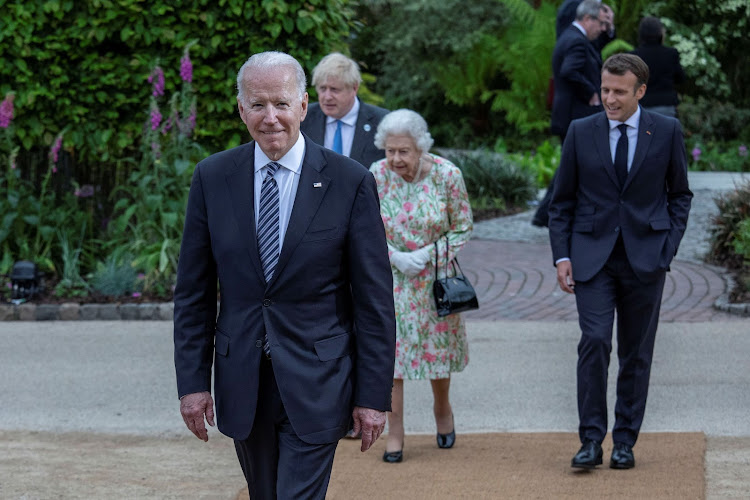 The Group of Seven rich nations will announce on Saturday a new global infrastructure plan as a response to China's belt and road intiative, a senior official in U.S. President Joe Biden's administration said.

The official, who spoke to reporters on condition of anonymity, said the United States would also push the other G7 leaders for "concrete action on forced labour" in China, and to include criticism of Beijing in their final communique

"This is not just about confronting or taking on China," the official said. "But until now we haven't offered a positive alternative that reflects our values, our standards and our way of doing business."

China’s Belt and Road Initiative (BRI) is a multi-trillion-dollar infrastructure scheme launched in 2013 by President Xi Jinping involving development and investment initiatives that would stretch from Asia to Europe and beyond.

More than 100 countries have signed agreements with China to cooperate in BRI projects like railways, ports, highways and other infrastructure.

According to a Refinitiv database, as of mid-last year, more than 2,600 projects at a cost of $3.7 trillion were linked to the initiative, although the Chinese foreign ministry said last June that about 20% of projects had been seriously affected by the COVID-19 pandemic.

In March, Biden said he had suggested to British Prime Minister Boris Johnson, who is hosting the three-day G7 leaders' summit in southwest England, that democratic countries should develop their own rival scheme.

The U.S. official said until now, the West had failed to offer a positive alternative to the "lack of transparency, poor environmental and labour standards, and coercive approach" of the Chinese government that had left many countries worse off.

"So tomorrow we’ll be announcing ‘build back better for the world,’ an ambitious new global infrastructure initiative with our G7 partners that won’t just be an alternative to the B and I (Belt and Road)," the official said.

In talks, Biden will also press the other leaders to make clear that they believe forced labour practices were an affront to human dignity and "an egregious example of China’s unfair economic competition" to show that they were serious about defending human rights.

"We’re pushing on being specific on areas like Xinjiang where forced labour is taking place and where we have to express our values as a G7," the official said of the final communique to be issued at the end of the summit on Sunday,

There were no specifics on how the global infrastructure scheme would be funded. The plan would involve raising hundreds of billions in public and private money to help close a $40 trillion infrastructure gap in needy countries by 2035, the official said

The aim was to work with Congress to supplement existing development financing "with the hope that together with G7 partners, the private sector and other stakeholders we soon be collectively catalyzing hundreds of billions of dollars in infrastructure investment for low and middle income countries that need it".