How Bingo became a billion bound industry in the UK

• And the popularity of Bingo in the UK is all thanks to a New Yorker that instigated an industry that is now worth billions in sterling!

• By the 1930s Bingo was so popular there were 10,000 bingo halls around the USA with crowds of players drawn to these well lit and atmospheric venues every week. 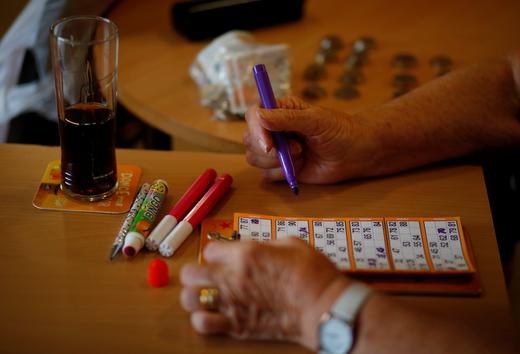 Bingo is currently more popular in the UK than it is in the USA, while the latter could catch up soon as legislation at the state level begins to revive the iGaming industry in the country.

And the popularity of Bingo in the UK is all thanks to a New Yorker that instigated an industry that is now worth billions in sterling!

Although Bingo began in Italy 500 years ago, then called Lotto, the game remained low key until 1929 when Edwin S. Lowe, an entrepreneur from New York changed the game's fortunes forever.

He renamed the game ‘Bingo’ and set out on a mission to bring the game into the mainstream via a board game which instigated a flurry of bingo halls.

Today, Bingo halls are now prevalent across the UK creating a £900 million industry while online bingo nets further £500 million thanks to UK Bingo sites reviewed on www.whichbingo.co.uk where players can sign up for bonus deposit match deals or play without making a deposit.

All this came from a game called Lotto invented in Italy that was converted to a board game in New York by one sharp cookie!

Bingo sites in Kenya are considered iGaming, and before you sign up for an online bingo site make sure you understand gambling rules in Kenya!

Bingo Came from a Visit to Georgia!

When Lowe discovered ‘Bingo’, known as Lotto, it came to his attention rather unexpectedly. He was on the hunt for new ideas to reinvigorate his, at the time, failing business! That hunt took him to a country fair in Georgia where he embraced the game of ‘Lotto’ brought to the US by Italians migrating to the country.

Lowe loved the game so much he introduced it to his pals in Brooklyn, who also shared his enthusiasm for the game. In fact, the name ‘Bingo’ came from one of his female friends playing the game who had completed a line. When her card was complete, she shouted ‘Bingo’, and so Lowe set out to bring the game to the US market in a big way.

The Bingo Board Game Was Out!

The next step for Lowe was to take the concept of ‘Lotto’ and rename it ‘Bingo’ and release it as a board game. And to cut a long story short, his idea worked. In fact, it worked so well, it saved Lowe's company and put him on New York’s rich list after his Bingo board game helped him fulfil ‘The American Dream’—to become a millionaire.

By the 1930s Bingo was so popular there were 10,000 bingo halls around the USA with crowds of players drawn to these well lit and atmospheric venues every week.

Bingo Moved Over to the UK

Although ‘Bingo’ came around when there was no commercial air travel, New York was still connected to the UK via large passenger ships. Just to make a point, the Titanic sank in 1912 on a journey from Southampton in the UK to New York. By then there were hundreds of ships crossing the Atlantic Ocean and soon Bingo hit the UK’s shores.

Although when this happened, the UK version was still ‘Lotto’ and came over from Italy via France.

However, the name Bingo was adopted in the UK while Lowe’s version was slightly adjusted to suit the UK market. And the rest is history, really.

Bingo halls opened across the country and eventually when the World Wide Web phenomenon hit, naturally bingo found its way to UK bingo sites which are essentially virtual bingo halls on the internet.

When Edwin decided to sell his company in 1973, he walked away with far more than the ‘American Dream’. His share of the sale came to a staggering $26 million, which according to inflation calculators of today, that figure at the time was equivalent to $1.53 billion!