They were a respectable family, Karen had been a journalist on well-known newspapers.

• The children, Micah, Rachel and Josh, were given strict instructions, when they visited the shop, never to look at or touch any of the products. 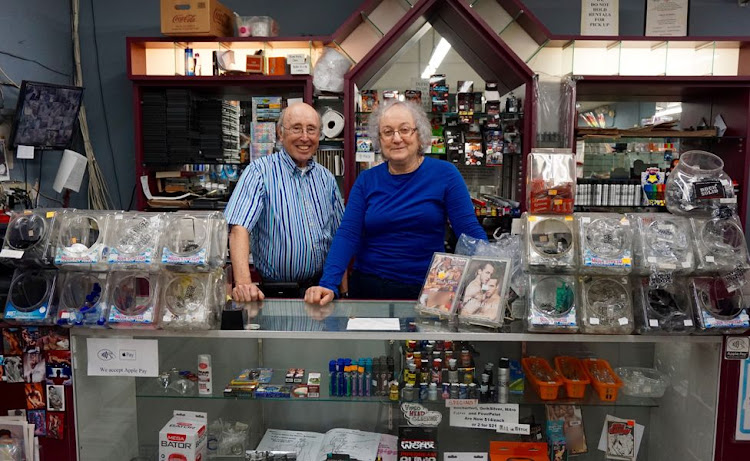 Outwardly they were a respectable family. Karen had been a journalist on well-known newspapers in Chicago and Cincinnati. Barry had worked as a special effects engineer in the film industry, including Star Trek and 2001 Space Odyssey. They had met at a Jewish singles night and their three children went to Shabbat services, prayer meetings and studied hard at school.

Working as an inventor in the mid-1970s, Barry developed a safety device for kidney dialysis machines - but the company he was about to sell it to ask for insurance policies he couldn't afford, and the project suddenly collapsed, leaving the family in urgent need of cash. 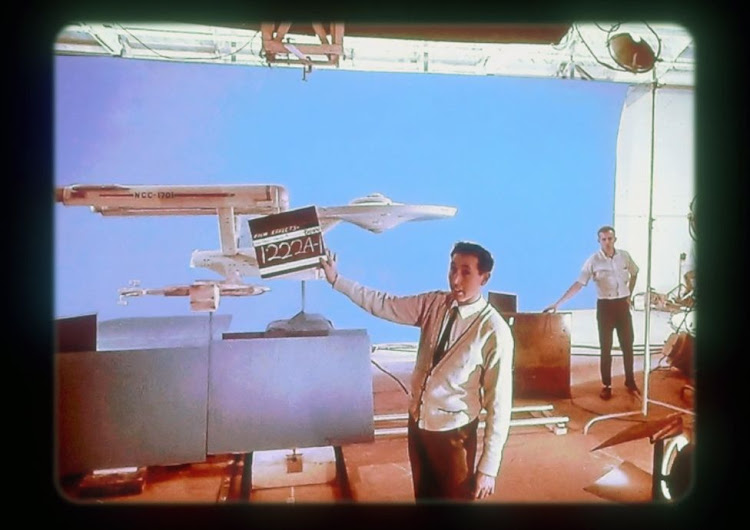 The children, Micah, Rachel and Josh, were given strict instructions, when they visited the shop, never to look at or touch any of the products. They also had it drummed into them never to tell their friends the shop's name. 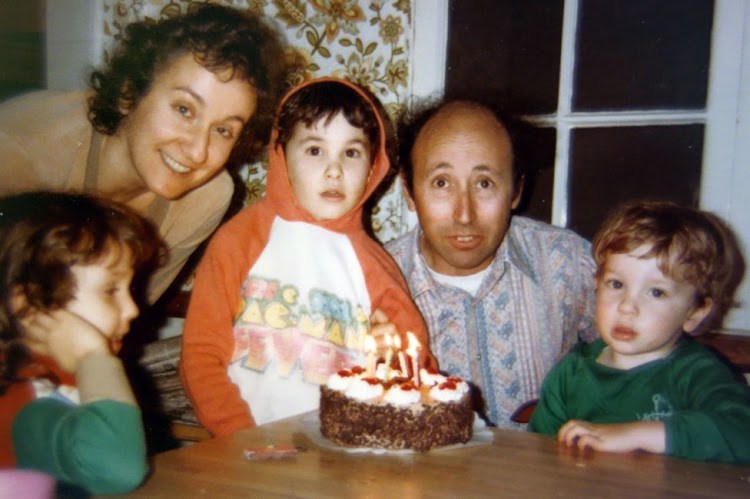 "We didn't want them to know what we did at all. 'We don't talk about the family business - we own a book store, and that's what we tell people,'" says Karen.

But these measures weren't completely successful.

"The thought that they of all people were doing anything countercultural was the opposite of who my parents really were, to me," Rachel says. 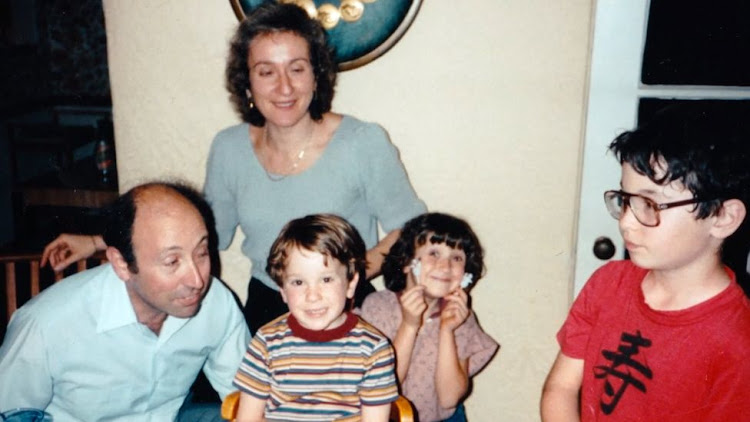 "There's a level of conventionality in our family," Josh adds. "We were striving for the perfect family look."

President Ronald Reagan had made clear his opposition to pornography, referring to it as a "form of pollution". He ordered his Attorney General, Edwin Meese, to investigate the industry, resulting in the publication of the 2,000-page Meese Report in 1986. At the same time new prosecution tactics were introduced, which put the Masons' business under pressure.

For some time afterward it was only safe for distributors to sell material to people they knew. But one day a member of staff made a mistake. A customer had called to order three films, to be posted to "Joe's video store". The employee entered the information into the shop's database and shipped them out.

In fact the customer was the FBI.

The shop was raided in true Hollywood style. Agents rushed in with guns cocked and the Masons were charged with illegal transportation of obscene material across state lines. 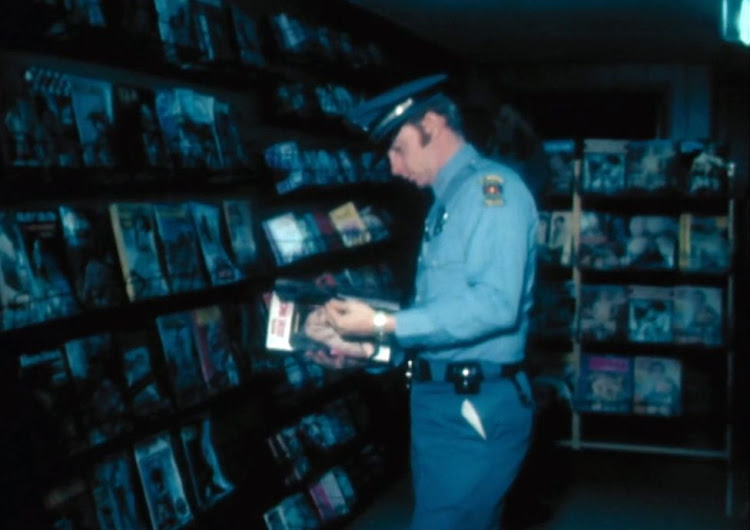 The children didn't know it, but Barry was facing a possible five-year prison sentence and heavy fines. It seemed likely the shop would have to close.

The Masons' lawyer didn't give in, though. He argued that they were protected by the First Amendment, which guarantees freedom of speech, and emphasised the serious effect this stiff penalty would have on the family.

Eventually, Barry entered a guilty plea, and was let off without having to go to prison. And the shop stayed open.

During the Aids era, Karen and Barry were model employers.

Barry would visit employees who became ill or who were taken to hospices with what was then an incurable disease.

Staff who became ill with Aids were supposed not to work - if they did they would lose their health insurance. But Karen would allow them to work on days they felt well enough, and would keep quiet about it.

"I let them come to work and paid them cash, which was illegal, but there was no reason that they should lose who they were. I have always felt that work is important," she says. 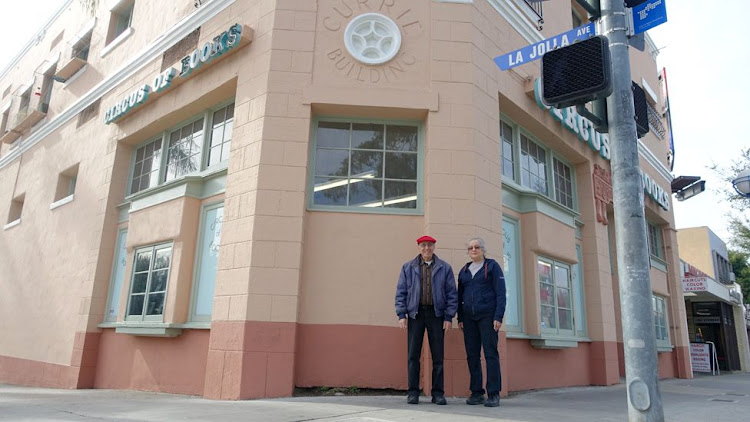 Many of the staff had no family to support them, but their families would call Karen and Barry after their children had died, asking for information.

Despite their long involvement with LA's gay community, conversations about sexuality never occurred in Mason home.

Secretly though, the middle child, Rachel, began to live a queer lifestyle, sneaking out without her parents' knowledge.

"I went to gay clubs, I had an underage ID, so I could go to drag shows, I was totally excited about all of that," she says.

Though she never formally came out, Rachel had always been artistic and rebellious, so it was no major surprise when she took a girl to the high school prom. 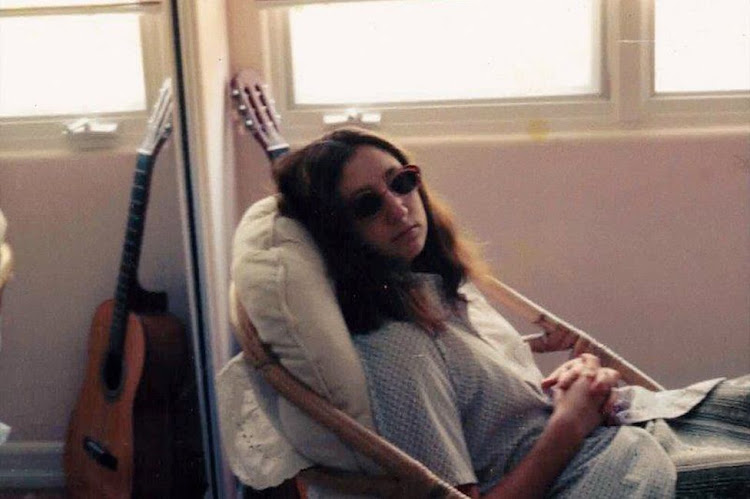 But Josh, the youngest child - a high-achiever who carried on his shoulders all his mother's expectations - was battling privately with a secret.

"I absorbed the most of mom's ambition towards perfection, I wanted to be perfect," Josh says.

One night before he was due to go back to college, it became too much. "I just started scribbling on the Post-it note, 'I'm gay'. I flung the pen and paper on the table."

Before doing this, he had made preparations to leave home, fearing that he would be thrown out. "I made sure I had my flight booked and paid for, because it wasn't an impossible thought," he says.

Karen's response was one that will stay with both of them forever.

"I said, 'Are you sure? Why are you doing this? God must be punishing me!'" Karen recounts. "I was fine with anybody who was gay, as far as I was concerned, but I really wasn't prepared to have a gay child."

Karen later realised that her reaction had hurt Josh, but she also found it difficult to talk to him about his sexuality and decided she needed help to handle her feelings.

"I needed to understand what it was to be a parent of somebody who was gay," she says.

"I joined this organisation called PFLAG (Parents and Friends of Lesbians and Gays). I had to get OK with it, and [accept that] parents often have expectations for their children that really reflect more on the parents than on the children.

"When it came to my own son, I realised I had some thoughts about gay people that needed to change."

Later, both Barry and Karen became ambassadors for PFLAG helping other people understand the sexuality and gender variations of their children.

When the internet became widely available, around the turn of the century, Circus of Books - a community-driven store where people would meet and access exclusive content - began to go into decline.

The Silverlake branch closed in 2016; the West Hollywood shop closed in February this year.

"When that store closed it was unbelievable, the kind of reaction. People walked in and just burst into tears. I mean, people walked in through the front door, and we're just crying," Rachel says.

Many veteran customers and former staff members mourned the loss of what had once been one of their only safe spaces - and a part of LA's gay history.

But Karen says that by the end, she was no longer the kind of employer she wanted to be. As business tailed off, she couldn't provide staff with the benefits they had received in the past.

"I had worked with these people just as long as I could, to see that they got enrolled into education programmes, or at least had another part-time job," she says. "And I was fine with closing it."