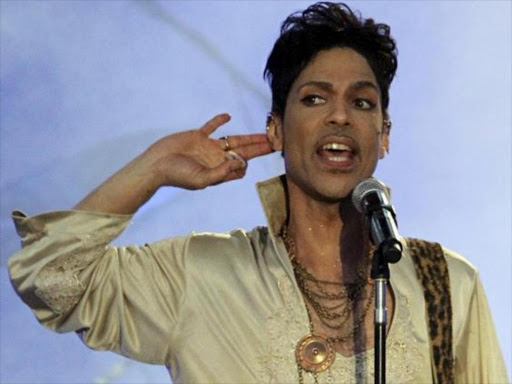 A man serving time in federal prison in Colorado has come forward claiming he is the biological son and legal heir of the late pop star Prince, marking the first paternity claim filed in court since the recording artist's death last month.

Lawyers for Carlin Williams, 39, filed a petition in Carver County District Court near Minneapolis on Monday objecting to probate of the estate left by Prince, who according to the performer's sister, Tyka Nelson, left behind no will and no surviving offspring.

The petition seeks a hearing and a court order for genetic testing of DNA samples obtained from the late music star.

The petition was accompanied by a sworn affidavit filed by a Missouri woman, Marsha Henson, who claims she is Williams' mother and he was sired by Prince during a tryst she had with the singer in a Kansas City hotel room in July 1976.

Henson states she had not had sex with anyone six weeks before she slept with Prince, nor with anyone else before she gave birth to Williams nine months later.

Williams was sentenced in May 2014 to 7-1/2 years in prison after pleading guilty to illegal possession of a firearm as a felon, federal court records show.

According to a sentencing memorandum filed by his attorneys in that case, Williams previously was twice convicted on drug charges and for resisting arrest.

The memorandum states he had "limited guidance" as a child, and was primarily raised by his grandmother. It also says Williams had seven half siblings, none of whom share a father with him, adding, "His father had no presence at all in his life," but the document does not identify him.

Williams' paternity petition, which makes no mention of his criminal record, says he "claims to be a legal heir" of Prince, and goes on to state his belief that "he is or may be the sole surviving legal heir."

Questions about Prince's estate have loomed since his unexpected death last month at age 57.

The value of his music catalog - potential licensing fees, royalties and sales from more than 30 albums he produced - has been estimated at more than $500 million (Sh50.3 billion).

And that does not include an extensive cache of unreleased recordings he was said to have locked away in a vault at his Paisley Park home studio complex in Minnesota where he died.

A judge last week authorized the estate administrator, Bremer Trust, to obtain a sample of Prince's blood from the coroner for genetic analysis as necessary.

Williams' lawyers did not immediately respond to a request for comment.

But one of them, Patrick Cousins, told USA Today that Williams' status as a prison inmate should not affect his claim.

"If you're an heir, you’re an heir, wherever you are," he was quoted as saying, adding that he expects arrangements to be made for DNA testing.