Kiambu farm first to get certified for food safety compliance

• In July 2021, the Ministry of Agriculture launched KS1758, a standard on food safety, social accountability and environmental management.

• Belmont Farm of Beyond Fruits Limited is the first farm to get a food safety standard certificate. 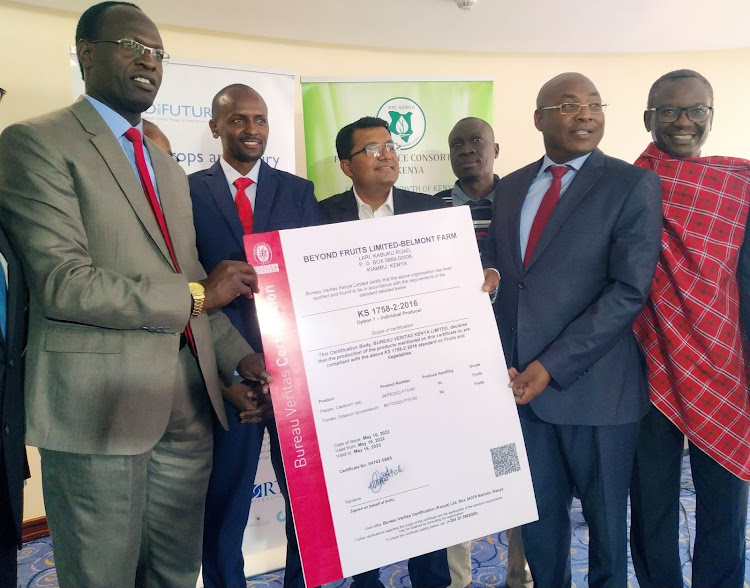 A vegetable farm in Limuru, Kiambu county has become the first individual horticulture producer to be certified to the KS 1758-2:2016 standard.

In July 2021, the Ministry of Agriculture launched KS1758, a standard on food safety, social accountability and environmental management.

It stipulates the hygienic and safety requirements during the production, handling and marketing of flowers and ornamentals, fruits, vegetables, herbs and spices.

Belmont Farm of Beyond Fruits Limited is the first farm to get a food safety standard certificate.

Ordinarily, it is mandatory that fresh horticultural produce destined for the international export market meet globally recognised standards for food safety & traceability namely GlobalGap and other standards such as FSSC,BRC and IFS.

This has not been a requirement for produce going to the local market.

But thanks to an initiative by the Fresh Produce Consortium of Kenya (FPC) through the support of USAID RTI under the Kenya Crops and Dairy Market Systems (KCDMS), the county now has a food safety standard.

George Hinga, farm manager at Belmount Farm said the standard will go a long way in ensuring that they are able to maximise their output.

He told the Star during a visit to the farm that they began six years ago and they have been supplying the local market with fresh vegetable produce.

Hinga said when they started, they had stores in Nairobi, but now they have grown to 25 stores across the country with the hope for more expansion.

“We could only sustain about three or four shops with our products mainly within Nairobi. Demand for safe and quality food amongst Kenyan consumers has increased," he said.

"With the training, we have received on good agricultural practices, we want to increase our stores from the current 25 to 30-35 countrywide."

He said the certification has come in good time because the same has not been happening for those supplying the local market.

“We used to say if it tastes and looks good, then it is good for the market but we have realised that this is not enough. We need to assure consumers that we can trace the products," he said. 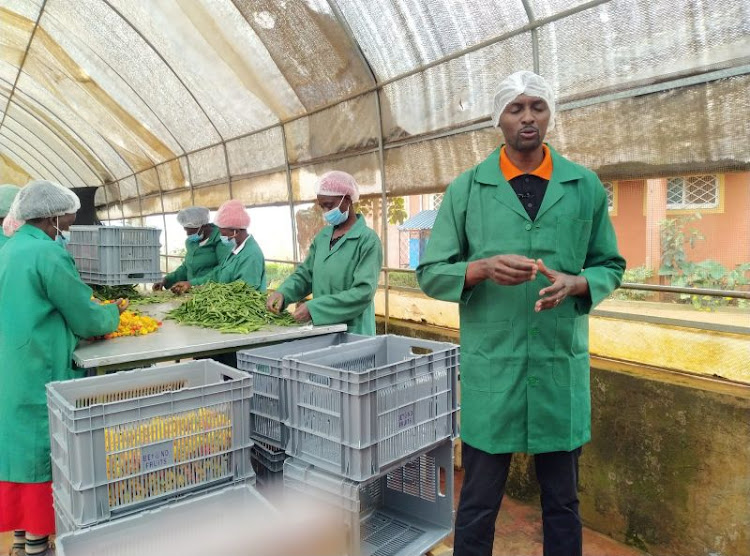 Livestock Principal Secretary Harry Kimtai said the KS 1758 is the Country’s’ Code of Practice for scaling up compliance with quality and safety regulations for fresh produce.

Speaking on Thursday during the handing over ceremony of the certificate to Belmount Farm Kimtai said the standard is being administered by AFA-Horticulture Crops Directorate and Kenya Bureau of Standards.

"The different industry stakeholders are tasked with the duty of creating awareness. However, other standards set out by different entities like Global GAP, EuroGAP, KenyaGAP and several quality and safety regulations need to be complied with."

Kimtai said the horticulture sub-sector is a major category within the sector, with 201 different types of crops, which accounts for 80 per cent of the total crop being grown in the country.

He said the sub-sector continues to register an annual growth rate of about 15 per cent.

In 2021, the sub-sector generated Sh158 billion from the export of flowers, vegetables, fruits, herbs and spices.

“This is aimed at increasing the demand for fresh produce among consumers. Local food companies are thus required to comply with set safety standards to gain consumer confidence and increase their market share," Ojepati said.

"The trend is equally being dictated by the changing food styles following the emergence of chronic diseases. This prompted us to develop local standards that are globally accepted to produce high-quality food and ensure safety.

"FPC will facilitate other food chains, for example, local supermarkets as the number of shoppers is expected to increase owing to high demand for food." 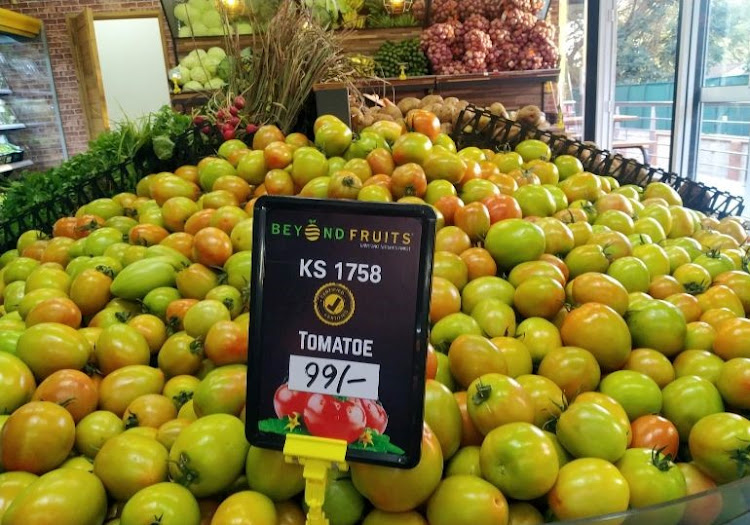 Tomatoes sold at the Beyond Fruits Limited outlet in Westlands with the KS 1758 mark.
Image: AGATHA NGOTHO

Farmers in Nyandarua get central market for their produce