• In October 2021, President Uhuru Kenyatta in October, 2021 directed the Ministry of Agriculture to come up with a framework for reducing the cost of animal feeds. 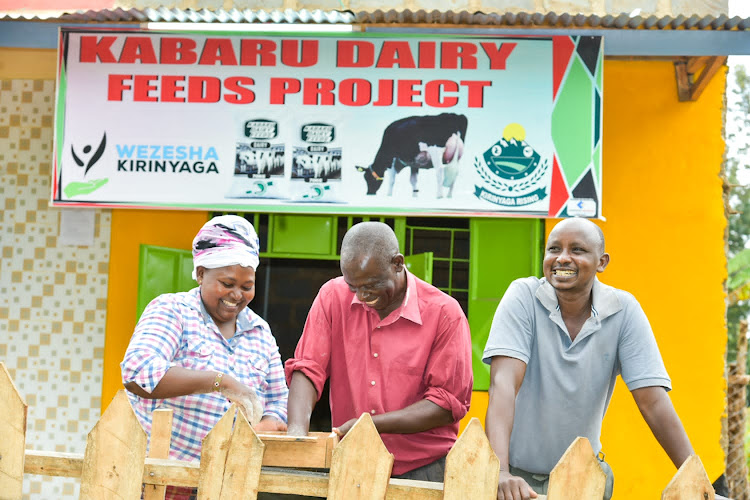 The first consignment of imported yellow maize for making animal feeds will be in the country in two weeks, Agriculture and Livestock Principal Secretary Harry Kimtai has said.

Kimtai said about two to three animal feed manufacturers have already placed their orders for the yellow maize.

He spoke on Thursday during the handing over ceremony of the KS 1758 food safety standard certificate to a vegetable and fruit farm in Limuru, Kiambu county.

A gazette notice dated June 10 exempted 30 millers from duty on imported raw materials used in the manufacture of animal and chicken feed.

The gazette notice noted that all imports shall be used for manufacture of animal and chicken feed only and shall have been imported on or before October 31, 2022.

“The exemption from import duty applies to imported raw materials used in the manufacture of animal and chicken feed imported between November 1, 2021 and October 31, 2022 by licensed millers approved by the government,” the notice reads.

Kimtai said due to an unprecedented increase in animal feed prices, President Uhuru Kenyatta in 2021 directed the Ministry of Agriculture to come up with a framework to reduce the cost.

He said the government issued a gazette notice in December last year outlining a waiver of duty for imported raw materials including 100 per cent non-GMO yellow maize and soya beans.

“When the millers went to the regional and international market, they could not get the 100 per cent non-GMO maize and other products that we had proposed within the gazette notice. They came back to us and requested for relaxation of the conditions,” Kimtai said.

The PS said after that the ministry met with the National Biosafety Authority and Kenya Bureau of Standards to guide on the standards on GMO maize.

He said the new gazette notice allowed the importation of 99.01 per cent non-GMO yellow maize and millers will be able to get the commodity within the international market.

“Initially, millers had been given six months in the original gazette notice but it has now elapsed and we have once again opened the window for importation for another six months’ subject to review,” the PS said.

Martin Kinoti, the secretary general of the Association of Kenya Animal Feed Manufacturers also said there is a need to review legislation.

"The review will allow the utilisation of genetically modified products such as maize, soya beans, sunflower and cotton within the internationally peer-reviewed recommendations," he said.

Uganda, Zambia and Malawi are now quoting prices of commodities by the dollar, rejecting the Kenyan shilling.
Business
4 months ago

The rising cost of animal feed

This is mainly driven by the rising cost of maize, which is a major raw material.
News
5 months ago

Feed prices go up by Sh400 in one month, feed millers say