Boil and cook your pork properly to kill tapeworms in the meat, experts have said.

•He spoke in Naivasha on Friday during a meeting to address a way forward in creating awareness of zoonotic diseases that are caused by tapeworms. 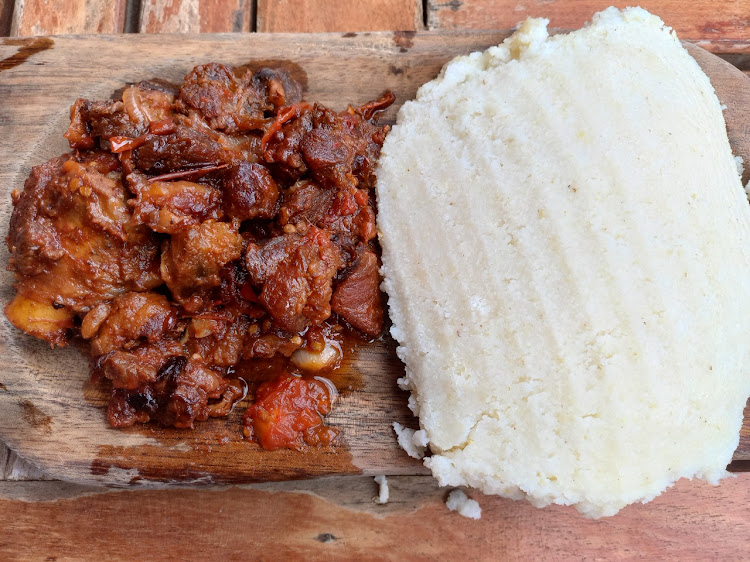 If you are a lover of fried pork, you risk getting infected with pork tapeworms that may be harmful to your health.

Experts have asked pork lovers to ensure they boil and cook their pork properly to kill tapeworms in the meat.

He spoke in Naivasha on Friday during a meeting to address a way forward in creating awareness of zoonotic diseases that are caused by tapeworms.

He said there has been an increased demand for pork consumption in Kenya, especially in major urban centres such as Thika, Nairobi and Nakuru.

“This demand is attributed to changing consumer patterns due to urbanization, increased purchasing power and human population growth. Most of the pigs are reared by smallholder farmers who are resource-constrained to effectively rear pigs,"  he said.

"These farmers resort an extensive production system (free-range scavenging for feed particularly in the dump sites) with little investment in housing and feeds. These conditions lead to pigs being exposed to poor sanitation creating favourable conditions for transmission of the pig tapeworm,” he said.

“The tapeworm causes neurological disorders in humans, including seizures (epilepsy); and porcine cysticercosis, an infection of pigs, which may result in condemnation of pig carcasses, potentially reducing the household income of farmers,” he added.

Muthuma said the Meat Control Act Cap 356 of laws of Kenya, ensures the consumption of inspected meat which has been slaughtered in a licensed slaughterhouse and also disposal of condemned carcasses and organs.

This, he said, reduces the chances of the spread of the tapeworm.

He said currently, there are about 2,000 slaughterhouses in Kenya (large, medium and small), out of which eight are licensed for export meat and meat products.

The Veterinary officer explained that humans get infected when they eat raw or undercooked, infected pork that contains the tapeworm (Taenia solium) that develops in the stomach.

He explained that the adult worm release segments containing eggs which are passed in faeces that contaminate water, soils and vegetation.

“Nearly 250,000 eggs are passed daily through human faeces and to the environment, and the cycle continues. Proper meat inspection, condemnation of infected carcasses and organs in addition to proper cooking of pork is highly recommended," Muthuma said.

"Also avoid open defecation through the use of the toilet, wash hands, vegetables and fruits with clean water and ensure regular deworming of infected adults and children.”

A study conducted by researchers from Kenyatta University and published by the African Journal of Rural Development in April 2020, showed that 6.3 percent of pork lovers in Thika, Kiambu County were infected with the pork tapeworm.

The researchers indicated that although infection with the Taenia solium (pork tapeworm) is mostly asymptomatic for years, there could be a risk that when the infection reaches the brain, a person may develop neurocysticercosis disease which is associated with headaches and seizures among other signs.

Muthuma said as the world marks the World Food Safety Day (Monday, June 6), there is a need to invest more in food safety as Kenyans are now becoming more conscious and keen on healthy living.

Red or white meat: Which is healthier?