Since 2013, farmers in Kericho and neighbouring county of Nandi tea bushes have been damaged by hailstorms

• Tea Research Institute says there has been a rise in temperature by 2 degrees for the last 60 years.

• This has resulted in warming up of the environment within Kericho and other tea growing areas. 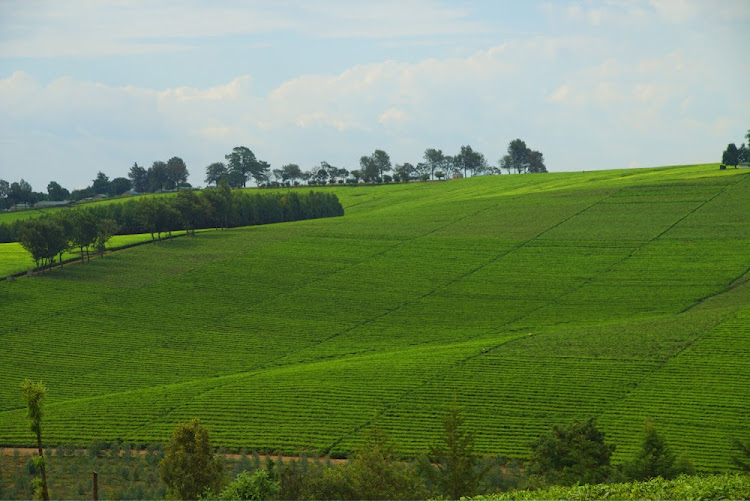 As the world marks the International Tea Day on May 21, farmers in Kericho county are facing uncertainties as acres of tea farms get affected by hailstorms.

Kevinson Kipngetich, a tea framer in Singorwet subcounty in Kericho said his tea farm was affected.

He said he had to wait for about three months to allow the affected tea bushes to regenerate before he could resume picking them.

“This was a big loss because tea is my main source of livelihood and I had to look for other sources within the time I was not picking tea,”  Kipngetich said.

Since 2013, tea farmers in Kericho and neighbouring county of Nandi have suffered huge losses after their tea bushes were damaged by hailstorms.

Dr Samson Kamunya, director Tea Research Institute in Kericho said the rains came late this season and most of the region experienced hailstorms due to climate change.

The TRI, is an institute of Kenya Agricultural and Livestock Research Organisation, mandated to research on tea.

“Since the rains started, we have experienced a lot of hailstorms which damaged most of our tea fields. Consequently, we will not be able to pluck the most for the next three months,” Kamunya said.

He said they have been collecting weather data form the institute’s station in the last 60 years and the findings indicate that there has been a rise in temperature.

“There has been a rise in temperature by 2 degrees for the last 60 years resulting into warming up of the environment within Kericho and other tea growing areas," he said.

"There are a lot of challenges that we are experiencing, one of them being an upsurge of hailstorm. This never used to be a major problem until recently.

To address the problem, Kamunya said TRI has been developing climate-compatible tea varieties that are tolerant and resistant to pests, diseases and other uncertainties.

He urged the farmers to replace the old tea bushes that are susceptible to effects of climate change with the new varieties.

“But we are asking them to replace them gradually because tea replanting programme is quite expensive, but worthwhile," Kamunya said.

He said it costs between half a million to one million to uproot and replant one acre of tea and it's quite expensive for many small-scale tea farmers.

“We are telling them to uproot at least one or two or 100 tea bushes per year and replace with new varieties that we have developed. Eventually the entire fields will be under tea cultivars," Kamunya said.

"We have developed over 900 new tea cultivars out of which we have released 58 varieties, some of them which, are highly suitable for special teas production."

He said in 2021, TRI released five new tea cultivars, which are suitable for green, white, yellow and black orthodox teas which fetch more than Sh500 per kg compared to black crush-tear-curl(CTC) teas which fetch from Sh200 to Sh300 per kg.

“We are glad that we are contributing towards the advancement of the tea industry. We also have purple tea which is slowly being adopted by the industry and market," he said.

"Farmers are likely to get as much as Sh1,000 to Sh1,100 per kg of purple tea, and those who have already adopted it like our cottage tea processors are already reaping the benefits."

You can make wine or yoghurt from tea — researcher

He says Kenya is moving into other specialty teas to enable farmers get value for their money.
News
1 month ago

Why it will be a sad Christmas for tea farmers

Area MPs say cartels are to blame for low tea prices that have affected the bonuses.
News
2 years ago
“WATCH: The latest videos from the Star”
by AGATHA NGOTHO Science Writer
Star Farmer
20 May 2022 - 22:00