Poultry consumption projected to rise due to urbanisation, population growth and an increase in income.

• UN-Food and Agriculture Organistion data shows that about 50 million birds are slaughtered in Kenya annually.

• Out of this, 27 million birds are slaughtered outside of licensed facilities. 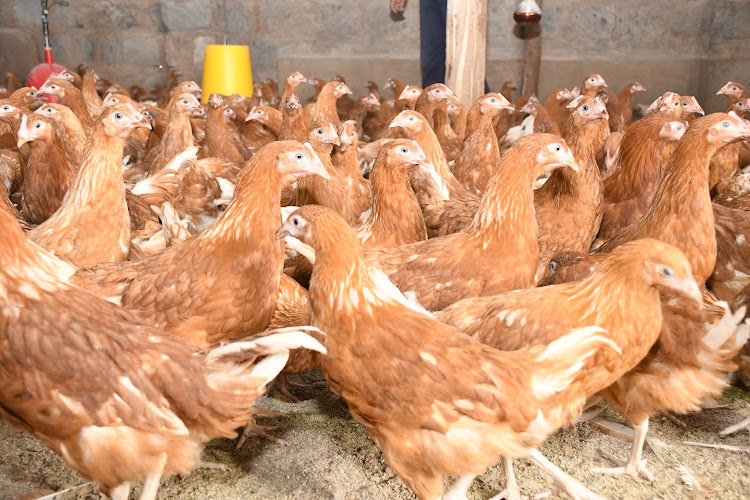 At least 45 million Kenyans frequently consume chicken with 27.6 per cent of the total population partaking the meal once a week.

Official projections by global bodies such as World Bank put Kenya's total population at 53.77 million as at 2020.

The UN-Food and Agriculture Organisation (FAO) says 92.6 per cent of the population frequently eat chicken meat and the consumption is projected to rise over the next three decades.

Stephen Gikonyo, Animal Production and Value Chain analysts at FAO-Kenya said poultry farming is expected to be the most rapidly growing livestock sector driven by growing demand by a larger and increasingly affluent urban and peri-urban population.

"We are projecting that in the next coming three decades or so, we will require like 100 million chickens to slaughter annually to be able to provide enough chicken meat to the Kenyan population,” Gikonyo said.

Currently, about 50 million birds are slaughtered annually in Kenya.

While speaking to the Star on Wednesday, Gikonyo said current macro, economic, population and other mega drivers indicate that Kenyans are going to have more disposable incomes.

“We project that in 2050, per capita income will be over 3,000 dollars and the population will double in the next coming 30 years. All this will push a demand in the number of chicken that will be needed.”

Gikonyo said projections show that livestock transformation (based on urbanization, population growth and increases in incomes) is going to push consumption of poultry production more than the other livestock.

This, he noted, is because land issues prohibit expansion of the bigger livestock, so it is easier for livestock enterprises at the production level to go for poultry farming.

This is in addition to the current trend which is showing more demand in white meat for those who are conscious of healthy eating.

Price is the other driving factor for high demand for poultry and chicken meat is cheaper compared to beef.

One and a half kilo of poultry meat currently sells at less than Sh500, while a kilo of beef is selling at between Sh550 to Sh600.

Gikonyo said a study conducted by FAO indicated that livestock value chain in the coming years will be urbanised hence the need to ensure safety.

He said the livestock sector is going to transform and improve by providing food, livelihoods and contribute to the economy but this could present a threat to public health if not managed well due to emergency of zoonotic diseases - disease that are associated with animals and humans.

“One way to be able to keep off diseases from farm is to make sure that we implement biosecurity measures to ensure business is done in hygienic conditions,” Gikonyo said.

“We are piloting an intervention in Nairobi and Kiambu counties which are urban or peri-urban to help mitigate emergency of public health threats," he added.

Dr Muriuki Kabatha, the assistant director of Veterinary Services in Nairobi County said they have set aside Sh8 million to establish a poultry slaughter house in Nairobi that will meet the required standards for a slaughter house.

He said they have secured land in Kasarani subcounty where the poultry slaughter house will be built through a public-private partnership.

"However, they do not meet the required conditions of a proper slaughter house,” he said.