Kalro institute selected as centre of excellence in livestock research 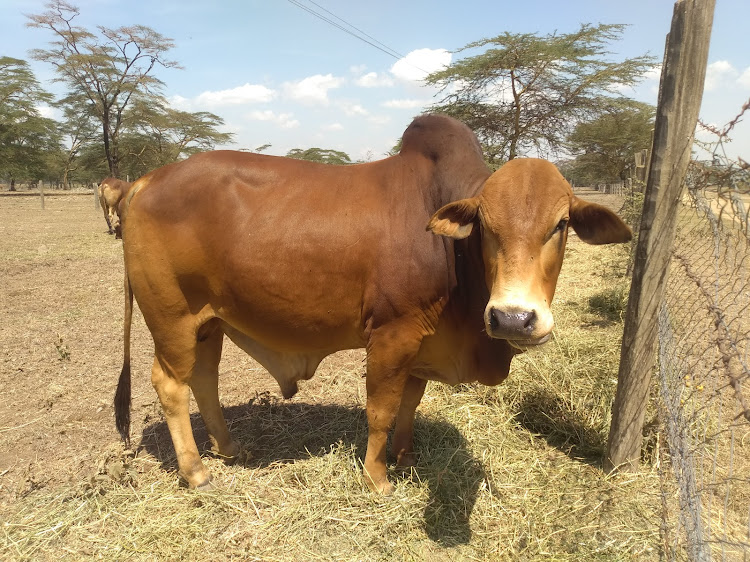 Karlo's dairy institute has been selected as a centre of excellence for its role in livestock research.

The Association for Strengthening Agricultural Research in Eastern and Central Africa recognised the institute as one of the most established institutions in the region.

This is in terms of infrastructure and human resource that goes into developing technologies and management of practices of dairy production.

Evans Ilatsia, director Dairy Research Institute- Kalro Naivasha, said the institute is the focal point of most of the livestock research programmes in the region.

"We have farmers from Rwanda and Tanzania interested in the genetic resource and recently South Sudan which has ordered for semen for Sahiwal,” Ilatsia said.

The director spoke to the Star during a visit to the institute last week.

The institute is located 100km from Nairobi along the Nakuru- Nairobi highway.

Ilatsia says the institute has a history for strategic research in development of dairy breeds targeting smallholder farmers and pastoral communities.

The director said one of the technologies the centre has developed is the Sahiwal and Sahiwal crosses, which feed under low rainfall systems.

Sahiwal cattle are indigenous to Pakistan and India and were imported to Kenya between 1930 and 1940.

The breed is developed as a dual-purpose breed and is utilised for beef and dairy in smallholder farming systems especially in marginal areas.

The Sahiwal is purely a zebu breed which can produce about 15 litres of milk with minimal feeding.

The colour ranges from reddish brown to the more predominant red, with varying amounts of white on the neck and the underline.

It is resistant to diseases such as the foot and mouth, ticks and tolerant to heat.

“We have had like 18 months of drought, but the animals have been able to survive,” Ilatsia said.

He said these are some of the climate-smart approaches and technologies that focus on increasing productivity.

The director added that the demand for the Sahiwal breed cuts across Kenya, Tanzania, Rwanda, Burundi and Uganda.

“These countries are coming for this particular genetic resource because of increase in productivity within a particular unit area and utilisation of low feeds, while still maintaining a certain productive level,” he said.

Ilatsia said the females are ready for servicing between 28-32 months, while the bulls attain up to 400 kilos within 32 months with proper feeding.

This is large compared to other breeds which may hardly reach 250 kilos within four years.

“This is the aspect of productivity that we are looking for, so having one Sahiwal in your farm is almost equivalent to having two to three of the indigenous breeds,” he said.

Ilatsia said this brings in the aspect of increased productivity as one of the pillars of climate-smart agriculture.

However, under normal market price, the price of a Sahiwal bull which is two and half to three years goes for more than Sh250,000. 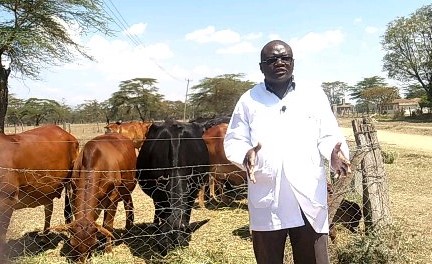 HIGH BREEDS: Evans Ilatsia, director, Dairy Research Institute, KALRO-Naivasha says the institute has been selected as a center of excellence for its role in livestock research in the region.
Image: AGATHA NGOTHO

“We also have programmes on indigenous chicken improvement in the centre with focus on production of poultry meat and egg production to support the livelihoods of smallholder farmers,” he said.

Ilatsia said they also have pastoralists forage and pastoralists research programmes targeting feeding strategies for different animals being developed in the centre.

He said they have also ventured into dairy goat development programmes.

The director said they made the shift to small animals because they can fit into small holder systems.

“To address this, we have developed an elaborate dairy goat breeding programme that focuses on developing high quality dairy breeds for milk production to the smallholder farmers,” the director said.

He said they have also ventured into improved feed ration formulation research.

This is because most of the farmers (especially in dairy and poultry farming) rely a lot on quality feeds.

He said the programme focuses on developing quality feeds and capacity building where farmers learn about homemade ration formulations.

Ilatsia said they have set up a smallholder demonstration unit which acts as a research and farmer training facility.

He said farmers come to learn about smallholder dairy production using limited resources and available improved forage, which has been developed by Kalro over the years.

Says the private sector need to make use of these technologies that seek to address agricultural challenges.
News
8 months ago

How challenges from butchery gave trader impetus for pig farming