Why it's 'illegal' for farmer to share, sell seeds to another farmer

"Under the farm-saved seeds, a farmer should not distribute seeds but should only use them for his/her benefit,"

• Farmers from neighbouring countries of Tanzania and Uganda are allowed to sell seeds to one another. 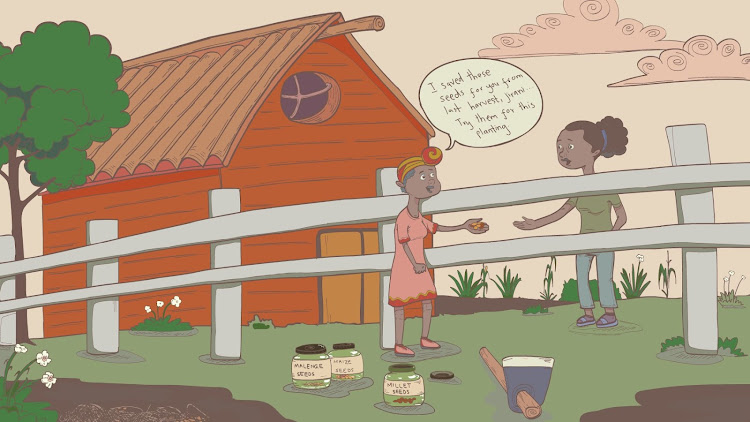 Did you know that it is against the law for a farmer to share or sell seeds to another farmer?

This is according to the revised Seeds and Plant Varieties Act of 2012, Part two, Subsection eight on the restriction on sale of seeds if unindexed plant varieties.

The Act discourages farmers from sharing seeds. But farmers from neighbouring countries of Tanzania and Uganda are allowed to sell seeds to one another.

Daniel Maingi, a scientist from the Kenya Food Rights Alliance, said the horticulture industry in Kenya has been driving seed policies in the country.

"This is because one of the requirements under the Union for the Protection of New Plant Variety [UPOV] in the European Union, is that every country that is trading in an agricultural commodity with the EU must be a member."

"The UPOV law says farmers should not share, replant, exchange or sell seeds without permission or without paying royalties," said Maingi.

Timothy Njagi, a researcher at Tegemeo Institute, confirmed that the law does not allow a farmer to sell seeds to another farmer and it discourages sharing of seeds.

"Under the farm-saved seeds, a farmer should not distribute seeds but should only use them for his/her benefit," said Njagi.

Maingi said the law that Kenya has domesticated curtails the smallholder farmer by taking away the right of farmer to do whatever they want as allowed by the Constitution.

Kenya has a National Food Nutrition Security Policy that was enacted in 2011.
News
5 months ago
by AGATHA NGOTHO Science Writer
Star Farmer
16 December 2021 - 16:46