Daily exposure to little amounts of antimicrobials through our diets poses a threat since microbes get accustomed to these therapies and acquire resistance.

Every year, the World Antimicrobial Awareness Week (WAAW) is commemorated between 18th to 24th of November in an effort to sensitize the masses on Anti-Microbial Resistance (AMR).

In Kenya, this is always marked by bringing together a consortium of institutions like including the World Health Organization, World organization for Animal Health (Office International des Epizooties, OIE) and Government ministries of Health and Livestock  and interested parties whose agenda revolves around the research, manufacturing, distribution and use of antimicrobials in human and livestock.

This year’s theme “Spread awareness, stop resistance” is aimed at sensitizing the public, stakeholders, policymakers and healthcare workers to be ambassadors of AMR awareness and helping to curb its spread.

The WAAW week has seen these parties coming together in a conference in Nairobi with diverse topics on research case studies, statistical data from both human and animal antimicrobial use, current research projects highlighting the journey against AMR and its achievements, challenges and its current status.

A report on “The state of the world’s Antibiotics in 2021” by Centre for Disease Dynamics, Economic and Policy (CDDEP) has shown that the global current use of antibiotics has increased by 65 per cent from the years between 2000 to 2015 in humans whereas the consumption in animals is expected to increase by 11.5 per cent from the year 2017 to 2030.

Notably, the discovery of new antimicrobials has progressively gone down towards the end of 20th Century while the advent of new epidemics has continued to hit our headlines with the Covid-19 being the hallmark of it.

Countless scientific publications have proven that daily exposure to little amounts of antimicrobials through our diets poses a threat since microbes get accustomed to these therapies and acquire resistance.

They are therefore declared unresponsive to the normal therapeutic regimen hence the genesis of the AMR debate worldwide.

The overall result of this is increased costs of treatment, stress on the patient and the redundancy of the current strategies of animal and human healthcare provision.

Just like the historical evolution of living things in the higher trophic levels, it’s now arguable that AMR is a consequence of the same via natural selection through mutation where the micro-organisms can withstand the Antimicrobials as the environmental pressure in this case and pass it on to their next generation.

The environmental multiplier factor is further given support by the global climate change effects.

The post industrialization phase of our economies have seen the human population aggressively increase due to improved lifestyle and provision of basic needs.

This has in turn put pressure on the resources available for consumption with the natural flora and fauna leading at bearing the blunt of this through environmental destruction which normally offer an ecological balance mechanism for human and animals.

Destruction of forests and urban green spaces for commercial development, depletion of natural rivers and swamps due to unsustainable agricultural practices and the inhabitation of water catchment and preservation areas have been at the forefront of the climate change debate.

Thermal adaptation by microbes is further aggravated by the poor waste management around high population residences and the toxic waste from sanitary, industrial and agricultural operations.

As of now in the Kenya National Assembly, there’s a Food and Drugs Authority (FDA) 2019 bill due for a second reading sponsored by Endebess MP , Robert Pukose that has elicited haranguing debates in whose jurisdiction should the control and management of medicines and allied substances be.

This threatens to disarm the not so recently established Veterinary Medicines Directorate (VMD) whose tentacles are still thriving to have its authority felt on the ground and the historical Pharmacy and Poisons Board (PPB) that has for a long time reigned to offer guidelines on drugs and poisons.

The former was created after the delineation of Veterinary Medicines from the custody of the latter, after a blunt fight to give the administrative powers of such products in the hands of Veterinary doctors who have a daily experience on their research, manufacturing, distribution, usage and therapeutic review.

In the current 2010 constitution’s dispensation and era of advanced Information and Technology, the country should harness all its intellectual capacity in congruency to forge a realistic, sustainable and a result oriented policy on use of antimicrobials.

Professionals on the other hand should find it worthwhile to welcome ideas, opinions and evidence based policy suggestions in order to design safe, efficient and innovative therapeutic protocols in animal and human health services provision.

The media has the absolute role of interlinking the professional community and the general public as it has the capacity to interpret in easily communicable dialects of languages in every corner of the republic.

It’s in great anticipation and expectation that the war against antimicrobial resistance will be handled in a multi-disciplinary perspective and all worthwhile input will be supported by all that stakeholders concerned in this mission to deliver a healthier population free form preventable diseases and associated risks. 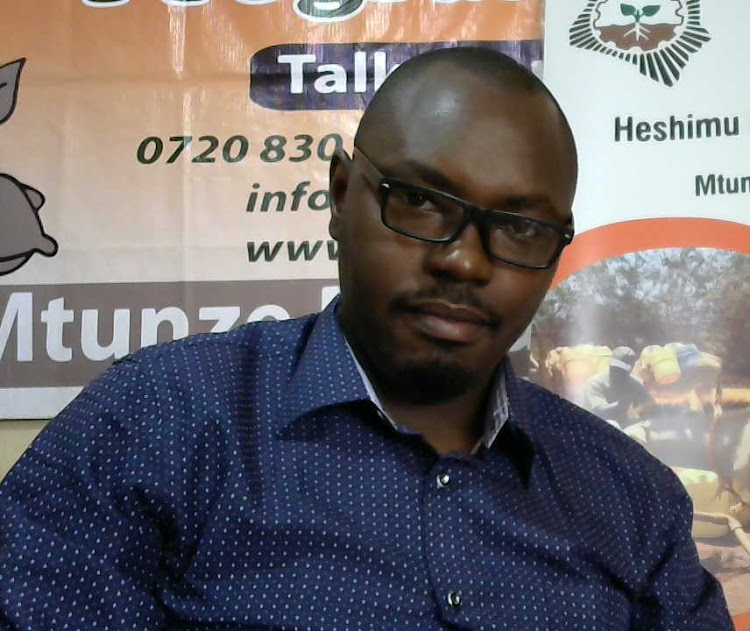