• The disease, caused by Phytophthora infestans fungus, usually strikes in the colder and rainy months of the growing season.

•It will take time, but Magembe believes the result will be well worth the wait for potato farmers and those who enjoy this popular food. 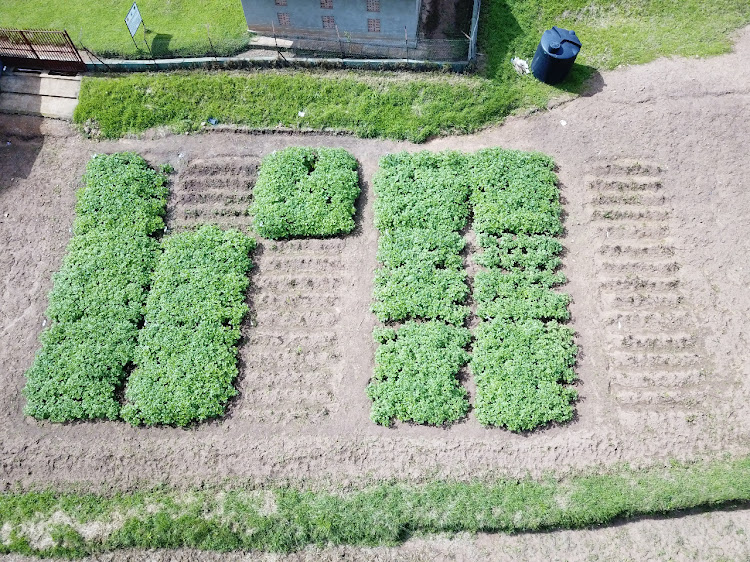 Dr Eric Magembe speaks with unrepressed passion about potato, a crop that significantly augments the dietary needs of Kenya and many parts of the world.

He is among a growing number of African scientists who are providing technological solutions to problems affecting the African farmer, and these solutions are being developed right within Africa.

“Late blight is the most devastating disease for potato,” said Dr Magembe, a molecular biologist based at the International Potato Center, in Nairobi. “For most farmers we meet in the field, the big question usually is, ’Do you have a solution for late blight?’”

Through genetic engineering, scientists like him have identified desirable genes for conferring resistance to late blight from potato relatives growing in the wild in Central and South America, the original home of the potato plant.

The disease, caused by Phytophthora infestans fungus, usually strikes in the colder and rainy months of the growing season.

“The disease causes massive losses among potato farmers,” Magembe said. “Our estimation is between 30 to 70 per cent loss in yields.”

Another devastating disease is bacterial wilt, which is mostly spread through infected seeds. Soils that are contaminated with the pathogen could also contribute to spread of the disease.

“With bacterial wilt spraying with chemicals is not effective, so it’s harder to manage. Once your seed is infected, the disease is sure to take over. There is no remedy”.

Further compounding the problem, most small-scale farmers in Kenya recycle part of the harvests from the previous seasons to use as seed, which are of low-quality, thereby leading to the potato shortages that the country occasionally faces, and increasing the need to import.

Potyvirus Y (PVY) is another potato disease under the scientific focus of Magembe and his research colleagues at the CIP. “This is a viral disease, transmitted by aphids and seed potato. If one plant is infected, the disease can be spread to healthy plants by insects and it appears when tuber seeds from these infected potatoes are replanted”. 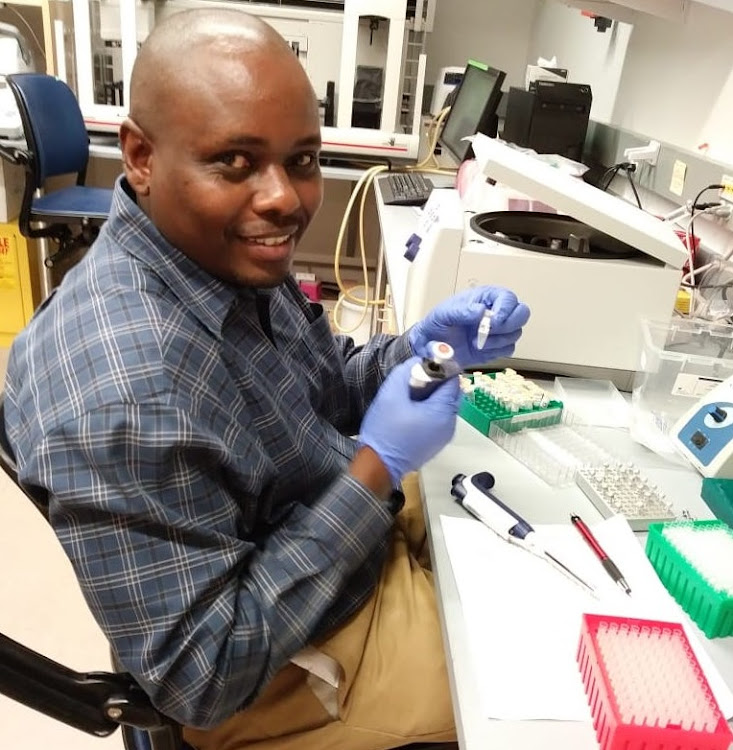 Dr Eric Magembe in the laboratory.

Magembe and other researchers are seeking to counter these diseases by improving superior varieties with strong resistance to the pathogens.

The highlight of Magembe’s current work is on controlling late blight disease. While conventional plant breeding methods have been in place for ages, these are limited due to the fact that they may not provide concise solutions to manage the specific disease-causing pathogen.

“Breeding has been done for years, but the problem with potato is that although conventional methods are also effective, it takes a very long time to breed potatoes for disease resistance and also to carry out the necessary tests.”

The basis of this scientific research on potatoes is genes, as he explains. “You might have a low-yielding potato that has some drought tolerance. On the other hand could be another potato variety that produces high yield but with low drought tolerance. What causes these differences are genes contained in these potato varieties. It’s similar to the way we have different people with different physical appearances”.

There were earlier attempts by potato breeders at crossing cultivated potatoes with their wild relatives to produce late-blight-resistant varieties, notes CIP, but the resistance wouldn’t last for long and those varieties weren’t commercially successful.

While modern breeding technologies like genetic engineering — also known as biotechnology — can easily avail the desired traits within 3 years, it would take decades for conventional breeding techniques to produce the desired variety.

“Thanks to biotechnology, we are using modern tools, by identifying the late blight resistant genes (R genes) from undomesticated relatives of potato and transferring them into farmer-favorite potato varieties used across sub-Saharan Africa,” says Dr Magembe.

Crop wild relatives are genetically related to domesticated crops. Unattended by humans, they continue to evolve in the wild, developing traits such as drought tolerance or disease and pest resistance. They have been valued by farmers since the beginnings of agriculture as a source of traits to produce new varieties using traditional breeding methods.

Field trials of the newly developed genetically engineered potato varieties demonstrated that they were free from late blight disease. The new variety will not have losses due to infected and devastated potatoes, which can be significant, especially for the small-scale farm holders who have limited access to fungicides.

It will also not require the use of chemicals (pesticides and fungicides) to manage the disease, which lowers the costs of growing the crop and also spares the environment. Farmers will also benefit from non-exposure to the pesticides, which is beneficial to their overall health and well-being.

Potato experts estimate that uptake of this improved variety could reach an impressive 50 per cent within the next 15 years. Farmers will be free to access the improved varieties as they do now, by saving or exchanging seeds with neighbors, or buying them from local providers.

Removing the need for pesticides makes potatoes less expensive and laborious for women to cultivate. They will be able to go back into production and earn money to cover costs like school fees and health care.

To get these late blight resistant varieties in the hands of farmers, efficacy field trials and multi-location field trials in potato growing areas need to be done to ensure that the variety is performing according to expectations, that the resistance holds (is stable), and there is no unexpected impact on the environment.

Laboratory research also needs to be done to demonstrate safety of the improved variety to human health. And finally, the supportive evidence of a safety dossier must be submitted to and approved by national competent authorities in charge of releasing the variety for cultivation and consumption in Kenya.

It will take time, but Magembe believes the result will be well worth the wait for potato farmers and those who enjoy this popular food.

Post a comment
WATCH: The latest videos from the Star
by JOSEPH MAINA
Star Farmer
10 September 2021 - 11:04
Read The E-Paper