•Being a relatively new technology, it is unfamiliar to many people.

•This technology enables geneticists and medical researchers to edit parts of the genome by removing,  silencing or otherwise altering sections of the DNA sequence. 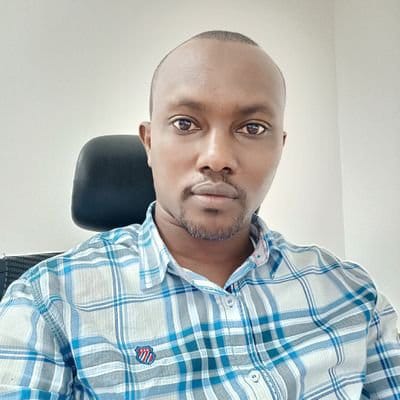 Kenyan scientist Dr Hussein Abkallo wound up in the sophisticated world of Crispr Cas9 almost by chance, unaware that the decision would catapult him to the forefront of genetic engineering in the African continent.

At the urging of his university professor, Dr Abkallo set his sights on the novel technology, and ended up specialising in it, thus commencing an illustrious journey that has seen him tackle some of the most defiant illnesses troubling livestock farmers in the continent.

“It was during my time as a PhD student at the Institute of Tropical Medicine in Nagasaki, Japan, when this technology came into play,” he says.  “As I was doing a project on plasmodium parasites, I discussed with my professor, Richard Culleton, during which I expressed my interest at trying my hand in this new technology.”

With the guidance of his professor, Dr Hussein ventured into the emerging field. He would later gain entry into the University of Edinburg, under a Royal Society Newton Fellowship, during which time he managed to edit the plasmodium falciparum genome.

Dr Hussein grew up in a remote village in Isiolo County, one of the most prolific livestock breeding regions of the country, which made him aware of the challenges that livestock farmers face. Today, he is a post doctoral fellow - molecular biology/virology at the International Livestock Research Institute.

He joined Ilri in 2017 with a remit to establish the Crispr Cas9 technology for editing the African Swine Fever (ASF) virus genome, as well as the development of a reverse genetics system for generating synthetic ASF viral genomes, with a view to developing live attenuated vaccines (LAVs) against ASF virus.

ASF is a highly contagious hemorrhagic viral disease of domestic and wild pigs, and can be spread by live or dead pigs, domestic or wild, and pork products. The World Organization for Animal Health (OIE) notes that transmission of this disease can also occur via contaminated feed and fomites (non-living objects) such as shoes, clothes, vehicles, knives, equipment etc., due to the high environmental resistance of ASF virus.

It was while at the University of Edinburg that Hussein applied for the position at Ilri.

“This was an opportunity for me to come and be one of the first scientists in the continent to use this Crispr Cas9 technology back home,” Hussein said.

This technology enables geneticists and medical researchers to edit parts of the genome by removing,  silencing or otherwise altering sections of the DNA sequence.

Kenya is ahead of many other African countries in this novel area of biotechnology, with a number of gene editing projects currently underway. The country has begun drafting guidelines to regulate gene-edited products, applying procedures that have been formulated in Argentina.

So, just how is Crispr being used in the continent?

“The technology has many applications, such as in the development of vaccines as we do,” Hussein says of his projects at Ilri. “Other teams elsewhere are using Crispr in agriculture, such as in developing disease resistance in crops. Other projects focus on generating drought resilience in crops. A lot can be achieved with the technology, as long as one understands the genetic traits that one wants to improve”.

Being a relatively new technology, it is unfamiliar to many people. As Hussein avers, it is important for policy makers to help increase the public’s consciousness of the technology, and the potential it wields in improving the social and economic well-being of the people.

“People hear of Crispr and confuse it with GMOs, yet there are distinctions,” Hussein notes. The biggest difference is that GMOs typically bring in a gene from another plant or organism to achieve a desired trait, such as disease-resistance, while Crispr achieves the same goal by editing the existing genome.

“Some authorities just bundle the two together, as if they are the same thing. We need national and regional policies that will domesticate Crispr application. We need to have sound policies, and we need to have conversations with stakeholders. Once we have these in place, we can use this technology for improving livelihoods through enhancing food security”.

He also appeals for more funding to accelerate further developments in the technology, not only from organisations, but governments as well.

A career in science was a rather uncharted path for Hussein, who took a course that set him apart from his high school cohort.

“Most of my peers from high school went into teaching and business and the like,” he said. “Science was a foreign territory. But I’m enjoying this journey, so far”.

In addition to his work on ASF, Hussein’s other key vaccine-development project involves gene editing of the Theileria parva pathogen, which causes East Coast fever (ECF), a deadly disease that affects cattle.