•Dr Mwimali is at the centre of GM maize research, which he hails as a gamechanger in managing the food security situation in the country.

•The trials are one step away to the commercialisation of the maize variety. 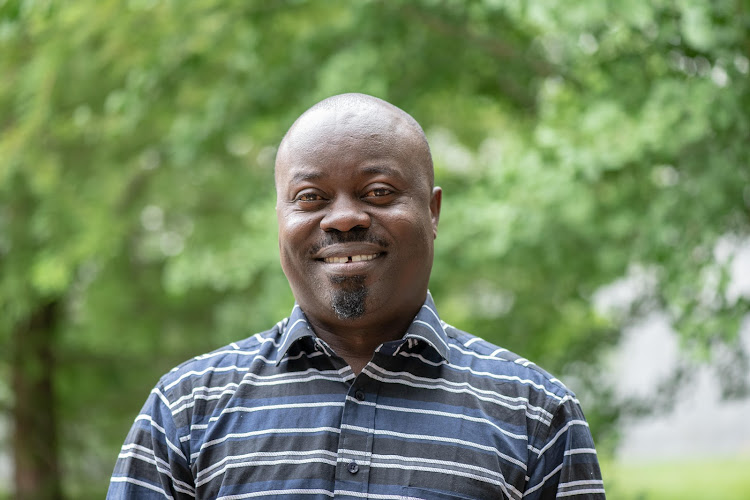 Dr Murenga Mwimali is a maize breeder and coordinator at the Kenya Agricultural and Livestock Research Organization (Kalro).
Image: Courtesy

There are two serious problems that perennially affect maize farming in Kenya.

These are drought and pests. Local scientists are actively involved in the development of a robust maize variety that can weather the ravages of nature, thus enhancing food security for the fast-growing population.

Among the towering names in this quest is Dr Murenga Mwimali, a maize breeder and coordinator at the Kenya Agricultural and Livestock Research Organization (Kalro).

“We will save that money, which is estimated at $9 billion per year, as losses due to stem borers, which feed on the maize. The Bt maize will achieve a yield saving of about 40 per cent compared to the conventional maize varieties,” he adds.

Dr Mwimali is at the centre of this research, which he hails as a gamechanger in managing the food security situation in the country.

“All we need now is the political will to avail this technology to the farmers,” Mwimali says. “The scientists have already done their part. We’ve seen a lot of good will in the rollout of Bt cotton, which was expedited and now farmers can plant it. This can also happen with maize.”

Aside from his role at Kalro, Dr Mwimali is also the country coordinator for the Water Efficient Maize for Africa (Wema) Kenya Project, where he is responsible for the development of drought- and stress-tolerant and stem borer-resistant GM maize.

He has worked with the International Centre for Maize and Wheat (Cimmyt) on various National Performance Trial levels.

Mwimali grew up in Matungu Village in western Kenya where hurdles and penury that characterised his childhood egged him on to become one of the leading agricultural scientists in the country. He wraps up his stellar rise with the dictum that a chick that will grow into a cock can be spotted the very day it hatches.

“That is a saying among our people in Mumias. We had a very poor background, but as we grew up, we made a choice to improve our lives. And being a firstborn child, I knew that I needed to be more responsible. I had to learn to fetch firewood and understand the roles were not restricted to men and women,” he says.

He went to a local school in Matungu. There were no desks, no shoes to wear, no electricity, and the earthen floors of the classrooms would be smeared with cowdung to give a semblance of cement-flooring. Jiggers dredged his feet and those of his peers.

“The damage from jiggers was so serious that some of us were unable to wear shoes. Other hazards included thorns, which imperilled our movements. Today, if you see old people without nails on their feet, don’t ask them why. It was because of some of these hazards.”

His mother brewed alcohol to enable Mwimali and his siblings go to school. She valued education, despite not having been formally educated herself.

The tribulations of his childhood turned out to be the lemons that he whipped into the tasty lemonade that is his successful and impactful career.

“When I joined Kalro, I knew I had to look back and see where I had come from. Equipped with the values and virtues that mum and dad had instilled in me, I endeavored to work harder, not only to make the world a better place to live, but also ensure that food is on the table – not only for my house but also the wider community of farmers,” he explains.

“I know what it means to be hungry, and to go to bed without eating. And whenever there is a chance to have a technology that can make food available on the table and enable the farmer to save the yield, for me that is what inspires me. And today, I’m very happy because in my family, we don’t have a problem of what to eat. “

At Kalro, he met Dr Stephen Mugo, formerly of Cimmyt, who shared with him some of his background experiences.

“I could see that one of the ways I could make a contribution was to emulate some of the successful people in agricultural science and research,” Mwimali says.

While pursuing PhD studies in the University of KwaZulu-Natal, he was appointed to coordinate the Wema project.

Within that project, we developed about 50-63 new maize varieties that are currently circulating in the market, with about 16 local companies. Some of the varieties from the Wema project have gone regional, selling in Tanzania, Uganda, Mozambique and South Africa,” he explains.

Dr Mwimali underscores the need for robust and effective communication to accompany a scientific product, as a way to cultivate greater public acceptance.

“The release of maize material not only requires that the science is good, but you need to also understand that communication must be accompanied with a message about the product.”

Part of this need was addressed in his enrolment in 2019 for the Alliance for Science Global Leadership Fellowship at Cornell University, New York.

“We were trained for three months. It was quite exciting to learn about communication, advocacy, and the link between that and policy. I am a proud person for the contribution I continue making, and the inspiration that we are gaining has enabled us to make very strong steps with Bt maize technology,” he says.

“Within the project we’ve been able to pursue the National Performance Trials, which we concluded recently.”

The trials are one step away to the commercialisation of the Bt maize.

“I have witnessed that the Bt maize works very well. We have also demonstrated that it has 40 per cent yield advantage over conventional varieties,” Mwimali says.