• State to mop up an estimated 105,000 litres, convert it into powder and store it 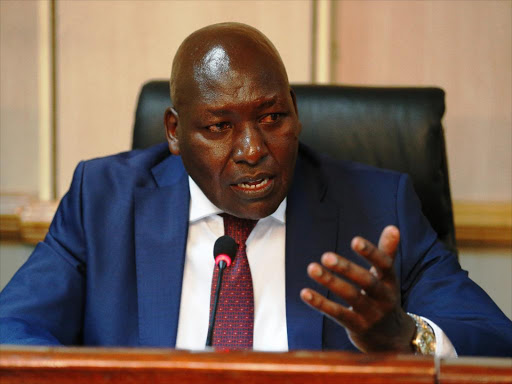 New KCC is seeking Sh2 billion to convert milk to powder because production has gone up by 10 per cent owing to good rain.

Agriculture CAS Andrew Tuimur said milk production is currently at 62 million litres per month whereas normally it is 15 million litres.

He said the ministry has requested Sh2 billion from the National Treasury through the Strategic Food Reserve to buy milk and convert it into powder.

The CAS told the Star on the phone on Wednesday that the government will mop up an estimated 105,000 litres of milk and convert it into powder and store it under the SFR to cushion farmers from wastage.

“The increased production has led to a decrease in the price of milk at the farm level, with a litre selling at between Sh23 to Sh28 from between Sh30 and Sh32,” the CAS said.

Kenya Dairy Board managing director Margaret Kibogy explained that the producer price of milk has gone down due to the demand and supply factors.

“When supply is up, demand goes down hence the decrease at the farm level,” she said.

She confirmed that farmers have been complaining about an influx of cheap milk from Uganda owing to the free market within the East African Community.

Tuimur assured dairy farmers that the government is working with players in the dairy sub-sector on how to reduce the cost of production to ensure farmers are in competition with others within the region.

Kibogy said the cost of producing a litre of milk is averaging at Sh20 and the government is targeting to reduce this to at least Sh15.

“Sixty per cent of the cost of production is spent on feeds. Farmers should invest in producing their own feed so that they can cut the production cost to at least Sh15 such that even if prices of a litre of milk goes for Sh25 at the farm gate, they can still break even,” the MD said.

In August, the country also recorded an increase in milk production thanks to good weather.

“The country then experienced a dry spell that lasted till May. This resulted to a monthly drastic drop in milk production by 27 million litres,” she said during an interview with the Star in August.

Milk production goes up by 19 million litres monthly since May

Milk production up by 19 million litres since May.
Business
2 years ago

Demand for milk on the increase due to population growth.
Business
2 years ago
by AGATHA NGOTHO Science Writer
Star Farmer
06 November 2019 - 23:00