Farmers get 450,000 cashew seedlings from EU

Success of project will lead to establishing a cashew processing factory in Kilifi.

• EU official says there is increasing demand for cashew nuts in the EU; In 2017, the EU imported cashew nuts worth €1.6 billion (Sh183.9 billion). 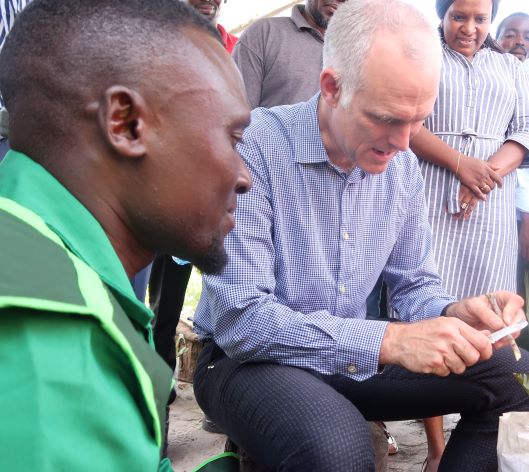 Cashew nut farmers in Kwale, Kilifi and Lamu counties have received 450,000 seedlings in a European Union project to revive the industry.

Head of the EU delegation to Kenya Simon Mordue said success of the project will lead to establishing a cashew processing factory in Kilifi.

The European Commission under the EU Emergency Trust Fund for Africa is supporting the project.

Mordue spoke during a visit to the Kwale Cashew Nut Nursery on Friday when he led an EU delegation and ambassadors of the Visegrad Group (V4) countries including Czech Republic, Hungary, Slovakia and Poland.

Ten Senses general manager Frank Omondi said this will not only add value to the raw product but also employ more than 100 people. Ten Senses Africa is a company dedicated to organic, fair trade and ethical business practices.

“As at today, over 450,000 seedlings have been distributed to farmers in Kwale, Kilifi and Lamu representing 45 per cent of the one million seedling target," he said.

"Farmers have also been trained in modern farming practices and financial literacy in anticipation of the value addition expected from the project." 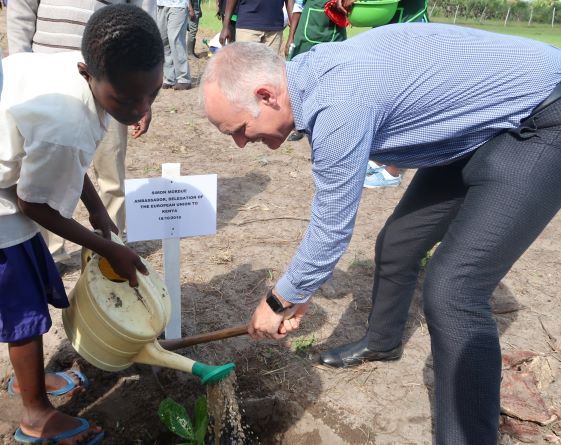 The project started last year in June aims to plant and distribute one million cashew seedlings over four years.

In addition, 15,000 farmers will be certified into organic and fair trade, increasing the production of cashew and sesame value chains and increase the export of these commodities.

A pilot project is working with schools to teach children how best to care for cashew crops, in hopes they will teach their parents.

“Schools have set aside an acre for 100 trees all with an annual potential of injecting Sh100,000 into the school’s accounts annually. Currently, 22 against a target 100 schools have been enrolled into the programme,” Omondi said.

Demand for cashews is rising in the EU and the project can contribute to the growth of the local economy. In 2017, the EU imported cashew nuts worth €1.6 billion (Sh183.9 billion), a 53 increase from 2010.

Omondi said Ten Senses will buy the products directly from farmers and process it in Kilifi region.

The seedlings distributed on Wednesday will be planted on 100 acres.
Counties
2 years ago

Farmers to get 500,000 coconut, cashew seedlings