Going back to class is Magoha's greatest legacy - association 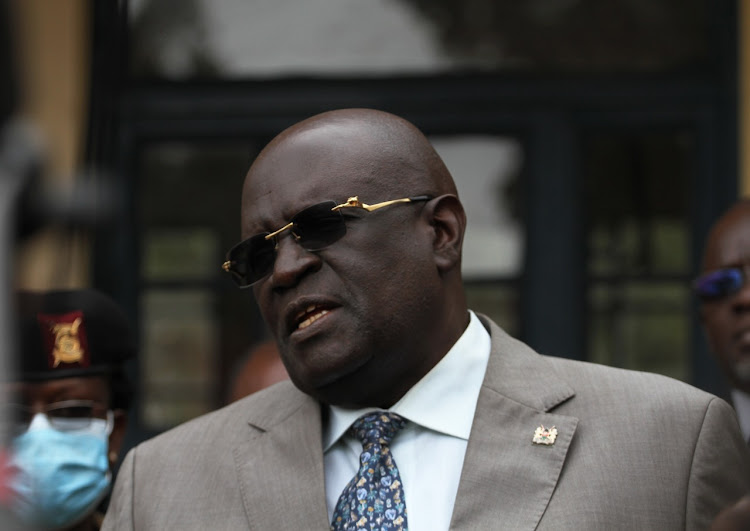 The Kenya Psychiatric Association has termed the decision by the late former education CS George Magoha to go back to class as his greatest legacy.

Magoha was set to join Maseno University in Kisumu County as the Professor of Surgery at the School of Medicine after his tenure as a CS under Uhuru Kenyatta’s regime came to an end.

The KPS president Boniface Murabula has likened Magoha to Lucius  Quinctius  Cincinnatus, a roman general who won a battle and chose to return to his farm instead of installing himself a dictator.

“Although the cruel hand of death denied him the opportunity to go back to class, the professor demonstrated that there is no shame in returning to ordinary life following many years of selfless service at the upper echelons of society,” Murabura said.

The association has remembered him as being instrumental in imparting basic clinical skills to thousands of medical students.

"To some of his students at the University of Nairobi, he was the tough father who could send you away in the middle of morning quarrel but welcome you with open arms in the evening,” he said.

The association has acknowledged the role he played in bringing changes in the once-troubled Knec, and called for the gains made to be sustained.

Former Education CS Magoha passed away at the Nairobi Hospital on Tuesday aged 71.

During his tenure, student riots that had become a norm at Kenya's first university were quelled down.

His boldness, strict and no-nonsense character saw him appointed as the Knec chair with direct responsibility of cleaning the mess and restoring sanity at the body accused of failing to tame exam irregularities. 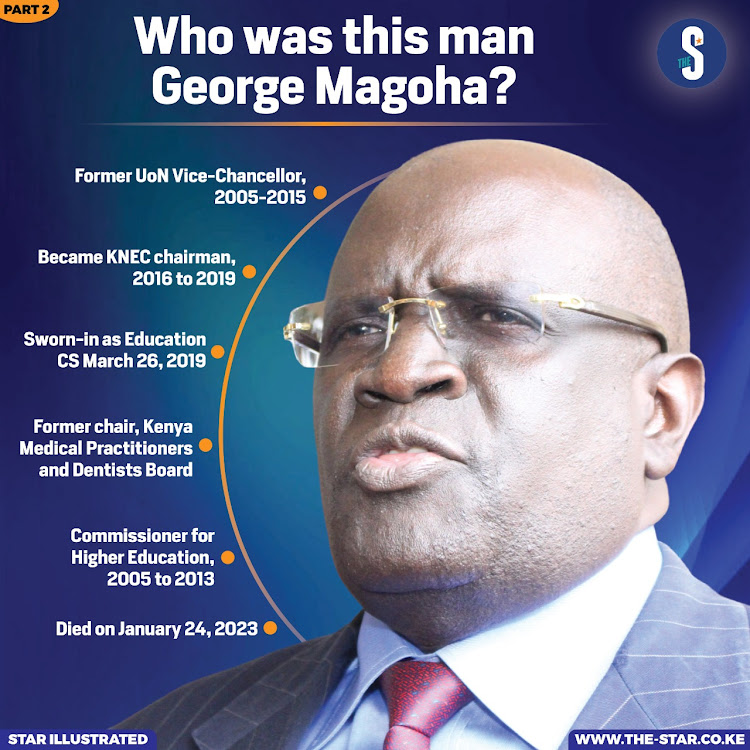 Magoha passed on at the Nairobi Hospital aged 71.
News
2 weeks ago

The Education CS passed on at a Nairobi Hospital on Tuesday.
News
2 weeks ago
Post a comment
WATCH: The latest videos from the Star
by MAGDALINE SAYA REPORTER
News
26 January 2023 - 11:24
Read The E-Paper