Amount was part of Sh107bn declared ineligible after special audit as of June 30, 2020 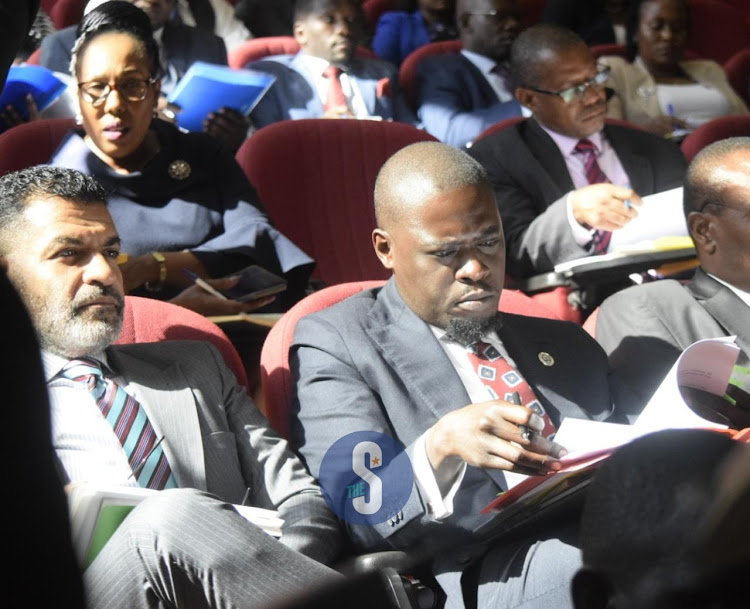 County governments paid Sh1.7 billion to settle pending bills that had been declared ineligible, it has emerged.

Controller of Budget Margaret Nyakang'o said the amount was part of Sh107 billion that had been declared ineligible after a special audit was conducted on unsettled dues as of June 30, 2020.

"I do not understand how and why these ineligible bills were settled," Nyakang'o told the 19th Ordinary Session of the Intergovernmental Budget and Economic Council (IBEC) on Thursday.

Deputy President Rigathi Gachagua presided over the meeting at Kenya School of Government, Kabete on Thursday.

In attendance were governors, top county and national government officials.

In her presentation, Nyakang'o termed the status of pending bills in counties as "quite worrying."

She noted that the Special Report on pending bills by the Auditor General showed counties owed suppliers a total of Sh152.5 billion for services and goods delivered.

"Of the total, Sh45.5 billion were declared eligible and Sh107 billion ineligible," she said.

She added that out of the eligible bills, Sh22.2 billion has been paid so far representing a total of 48.2 per cent of the total.

A pending bill is an unsettled financial obligation at the end of a financial year. It arises when an entity fails to settle invoiced amounts for goods and services properly procured and delivered or rendered.

Underperformance in revenue collection has been cited as a leading reason to budget deficits and unfunded commitments.

Said up to 16 counties have not received disbursement since October.
News
1 week ago

Nairobi accounts for Sh84.78 billion of the amount.
News
2 weeks ago

The report says Ifmis had been abused and public funds lost into individual pockets.
News
2 weeks ago
Post a comment
WATCH: The latest videos from the Star
by ALLAN KISIA Political Writer
News
26 January 2023 - 11:27
Read The E-Paper