"I did not know that the next time I would be visiting the home would be because of his death." 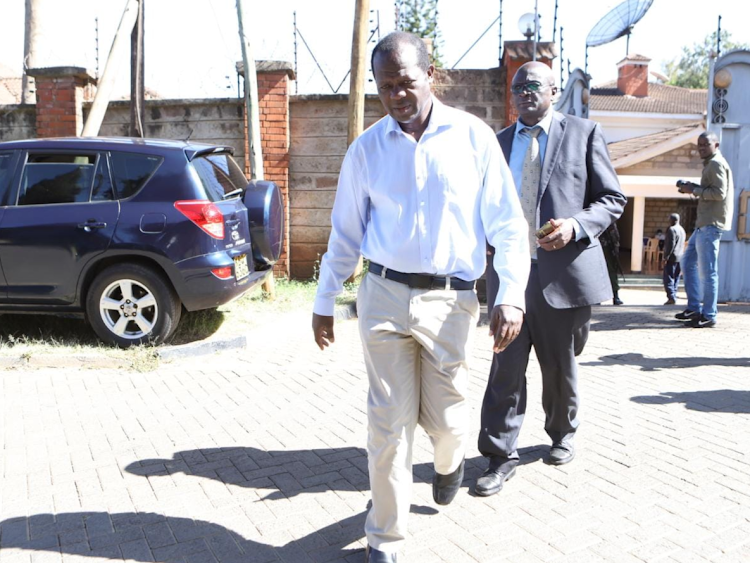 Former Cabinet Secretary Raphael Tuju has said there were no indications the late George Magoha was ailing when he was with him on Monday.

Tuju said his former Cabinet colleague looked okay when he visited him at his Lavington home in Nairobi for funeral arrangements of his late brother, Richard Alex Nyabera.

"I did not know that the next time I would be visiting the home would be because of his death," he said.

Tuju made the remarks at the home of Magoha where he had gone to condole with family following the death of the former Education Cabinet Secretary on Tuesday.

Guests at the home were received by the widow, Barbara Odudu and the son Michael Magoha.

Tuju added that Magoha only told him he was a little tired after a long day of planning Nyabera's funeral.

"As a colleague, I am very devastated by the loss. I pray for the family because it is a very difficult time for them," he added.

He said the burial of Magoha's brother will be held on Saturday as had been planned.

The death of the professor has been seen as a big loss and a blow to the education sector.

Post a comment
WATCH: The latest videos from the Star
by ALLAN KISIA Political Writer
News
25 January 2023 - 16:20
Read The E-Paper