Says Odinga core supporters are already working with the government 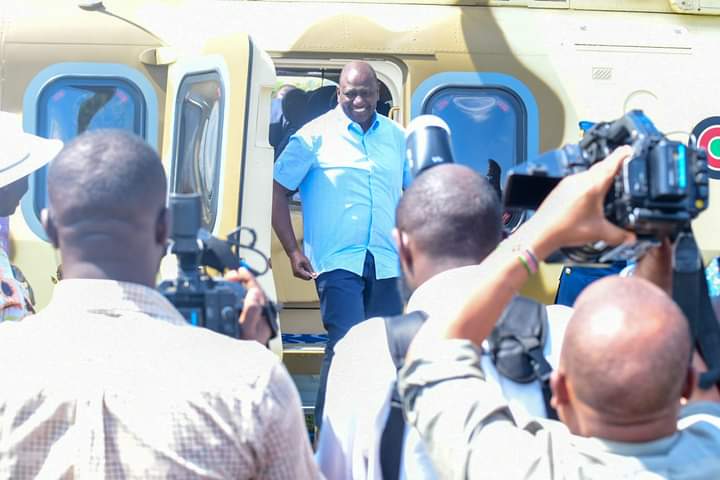 President William Ruto when he arrived in Homa Bay on January 13, 2022
Image: HANDOUT

Speaking during an interview with K24 on Wednesday, the former Homa bay governor candidate said that Raila discovered later that his allies had left him.

"Baba discovered that the people who he thought were his had already left, his core supporters have already gone and are working with the government to build one Kenya,"  Kidero said.

He added that Odinga is now trying to reinvent himself.  Kidero said Ruto's visit to Nyanza was a great step towards uniting Kenyans.

"When Ruto visited Nyanza as President at the first time some leaders who support Baba ran away and left him but that was not the case in his second visit," he said.

Kidero, however, said Raila had asked his troops to welcome Ruto after meeting leaders from the region in Nairobi.

The opposition chief's troops have been hit by a wave of confusion.
News
1 week ago

Ruto will now distribute the cards and when the 2027 game is done, no one but him will be the winner
Siasa
1 week ago

Governors allied to the coalition say they recognise Ruto's presidency and will work with him
News
6 days ago
Post a comment
WATCH: The latest videos from the Star
by LINDWE DANFLOW
News
25 January 2023 - 10:18
Read The E-Paper