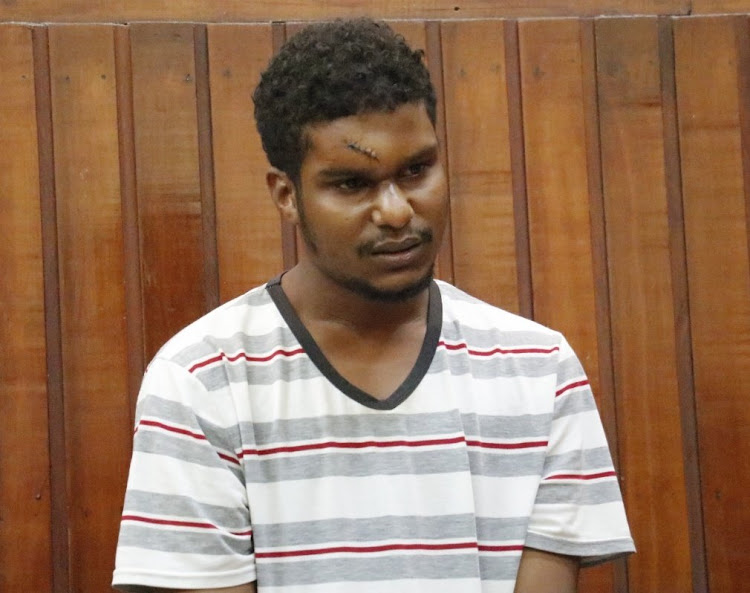 The court has ordered a medical assessment test for Abdulaziz Swaleh, 20, who allegedly slaughtered his grandmother at Mji wa Kale, Mombasa.

The suspect looked unmoved when he appeared in court, it is also alleged that he had earlier killed another relative.

The body of Shariffa Ali Salim, 80, was found sprawled in a pool of blood in her house on Sunday night moments after the incident.

The family said Swaleh had had an argument with his grandmother in the house before he picked a kitchen knife and used it to slit her neck.

Those present claimed the suspect wanted money from the elderly woman and when she declined, the man went wild and attacked her.

A house help who was in the house tried to save her in vain.

Police said they were called to the scene after the suspect was arrested by members of the public as he tried to escape.

The team recovered the killer's weapon from the scene before moving the body to the mortuary pending postmortem and further probe.

The case will be mentioned on February 8.

The governor claimed the opposition has the backing of the ex-ruling party.
News
1 week ago
Post a comment
WATCH: The latest videos from the Star
by MANNY ANYANGO and CYRUS OMBATI
News
25 January 2023 - 12:01
Read The E-Paper