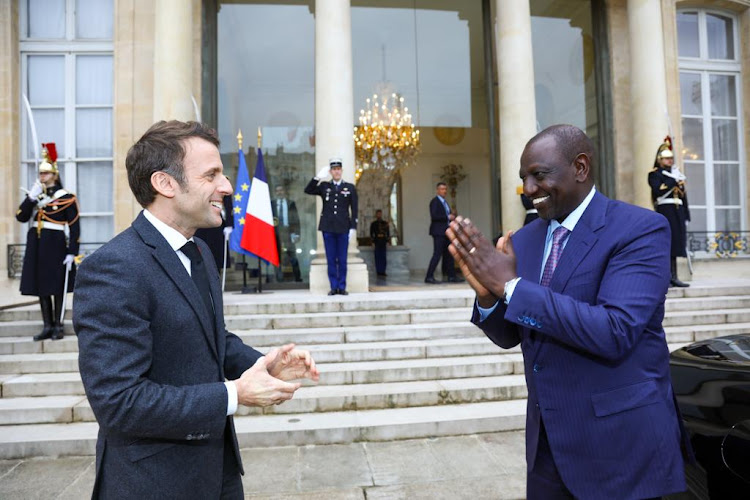 More than 20 heads of state and government officials from Africa are converging in Dakar, Senegal for a food summit.

The three-day summit on food production in the continent is hosted by the nation in partnership with the African Development Bank.

It aims at mapping plans to unlock Africa’s food-producing potential and make it the world's breadbasket.

It is themed Food Sovereignty and Resilience.

The summit is being hosted President Macky Sall who doubles up as the chairperson of the Africa Union.

It is a follow-up of the 2015 inaugural meet where an agricultural transformation strategy for 2015-2025 was developed.

According to ADB, Africa is a home to a third of the world's 850 million people living with hunger.

Ruto is expected to give his address on food security and harnessing Africa’s agricultural potential for economic transformation during the summit.

He left the country on Monday and is expected in Senegal on Wednesday.

On Tuesday, the President held talks with his French counterpart Emmanuel Macron.

In a statement, Ruto said Kenya and France have agreed to enhance their cooperation in developmental projects.

He added that the two countries have further undertaken to diversify and harness existing business opportunities between them.

"This has manifested through sustained cooperation in areas of trade, energy, health, water, infrastructure and agriculture," Ruto said.

The President said they will further cooperate in peace and security of the East African region.

The summit is organised by the Africa Development Bank.
News
1 week ago

US treasury secretary due in Senegal on Africa tour

The US is yet to meet many of its own multi-billion dollar commitments, for instance on climate mitigation.
News
1 week ago
Post a comment
WATCH: The latest videos from the Star
by FELIX KIPKEMOI Political Reporter
News
25 January 2023 - 14:11
Read The E-Paper