Police are yet to find her head. 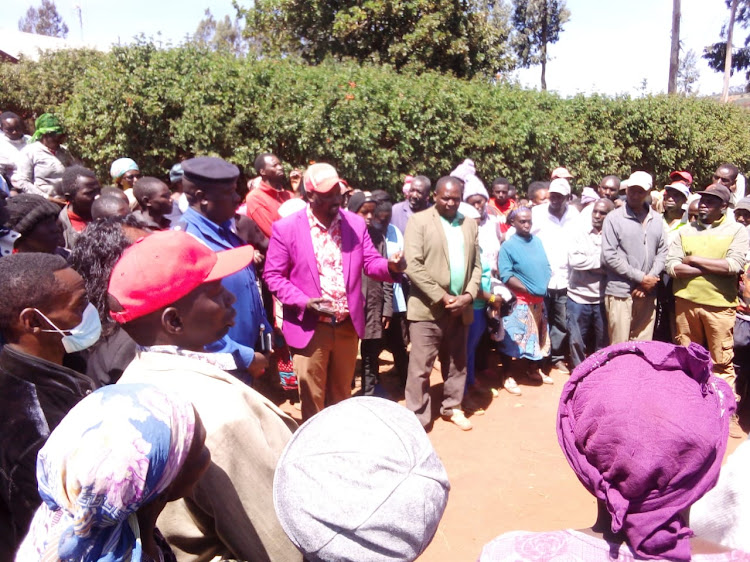 Residents gather at the home of 71-year-old Kiambu woman who was slaughtered to death, head chopped off.
Image: GEORGE MUGO

A 71-year-old woman was found murdered inside her house in Escarpment village in Lari constituency in Kiambu county Wednesday morning.

Police said the murderers accessed Leah Mwihaki's house through the roof, where they cut the iron sheet using a panga.

The incident was discovered by one of the neighbours who went to check on Mwihaki and found her house glass windowpanes broken.

"One of her friends went to visit her in the morning, but Mwihaki had not woken up," said Winfred Wanja, a neighbour.

"She started knocking at her door but she noticed her glass window panes had been smashed. She also saw the roof had been broken. She started screaming and attracted the whole village," Wanja added.

She said they called the police who arrived shortly.

Lari DCI Eunice Maingi said they have started investigations to establish the real cause of the murder.

Maingi said the woman lived alone at her home. She urged residents to help the with information that may lead to the arrest of the suspects. 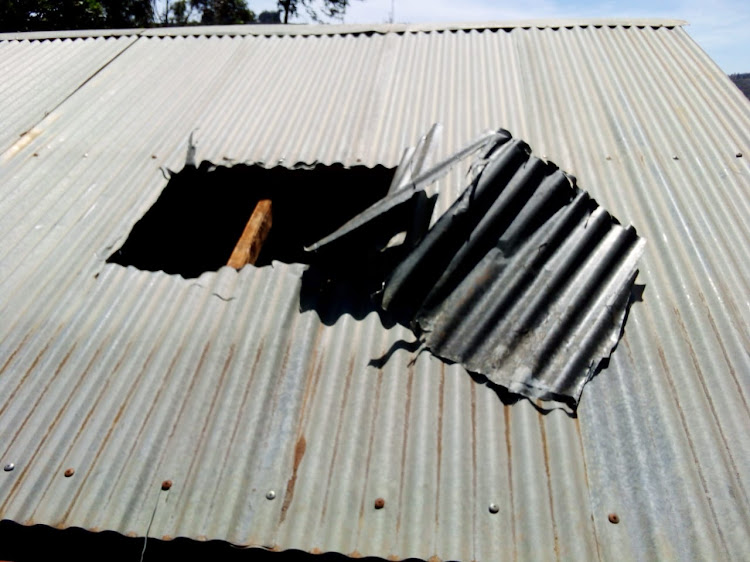 The house of the woman who was slaughtered to death in Kiambu
Image: GEORGE MUGO

"We have launched investigations to establish the motive of the murder and who murdered the woman," Maingi said.

"We are following some leads, but we are urging residents to help us with any information they may have," she added.

Residents allege that another old woman was saved by neighbours who heard them and switched on the security lights. The thugs fled.

"We heard people in our grandmother's home. We suspected they wanted to steal her sheep and we came out to check, but we heard them running away," said Bedan Njenga.

"We didn't sleep again. We were shocked to learn about the murder of Mwihaki in the morning," he added.

Sub-county community policing chairman Njoroge Kamande condemned the incident saying the people should watch on each other.

"We wonder how her neighbours couldn't hear her house being broken into. The murderers broke the glasses, and hit several times on the iron sheet before gaining access," he wondered.

Lari Kirenga MCA Josphat Kinyanjui said they will lay a strategy with police, area chief and Nyumba kumi officials to beef up security in the area.

Kinyanjui described the incident as a heartless act done to an old poor woman.

A resident Simon Mwangi said in 2015, another incident was witnessed where a woman was attacked by thugs, raped and her head chopped off in the same village.

Area MP Mburu Kahangara sent a message of condolences to the family urging the police and the DCI to dig deeper into the murder.

The legislator said he has not taken the issue lightly, urging the DCI to investigate the motive of the murder.

"The incident is so ugly, we could not believe it. This is sad. We also heard that there is another old woman who was also a target. We need thorough investigation so as to establish why are these people targeting old women," he told The Star on phone.

The MP also urged the police service to add more police officers at the Escarpment location so that they may help in patrolling the area both during the day and at night.

Police are now earching for the woman's head.

Post a comment
WATCH: The latest videos from the Star
by GEORGE MUGO Correspondent
News
25 January 2023 - 15:00
Read The E-Paper