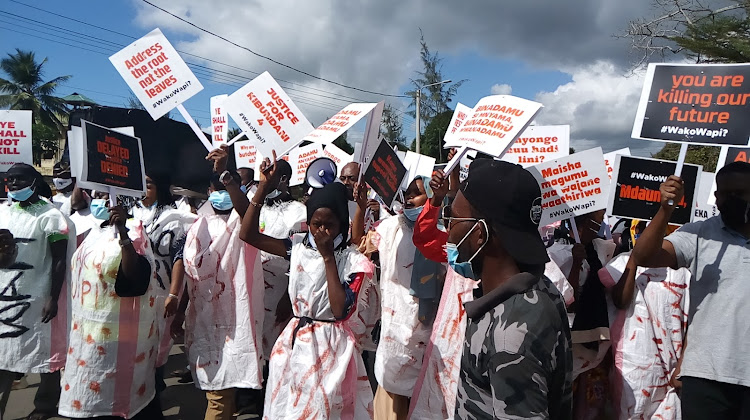 Amnesty International Kenya has called for the urgent identification of 21 bodies recovered from River Yala.

The bodies, Amnesty said, are at the Yala Hospital Morgue which is planning to dispose of them by January 31.

Amnesty released a statement expressing their concern over having the bodies disposed off without fully being identified by their prospective relatives.

“We need to secure closure, dignity and justice for the deceased persons, families searching for their loved ones, and restore public confidence in the integrity of our law enforcement agencies,” they said.

The 21 bodies and nine others buried in a mass grave were said to have been recovered at Dhawa, Dhanu and the Falls over the last six months.

“All bodies have evidence of physical torture and drowning. The cases were reported to the police but there has been a lack of urgency or interest in investigating who has killed these deceased individuals, who are dumping them and why at River Yala,” they said.

They called on the Interior Ministry to urgently mandate an interdisciplinary, comprehensive public postmortem for each body and preserve evidence according to international best standards for forensic identification and preservation of human remains.

“Given the numbers involved and the public interest, this must be carried out by a team of forensic specialists in pathology, anthropology, radiology, odontology, government chemist officials, photographers, and investigators, among others,” they said.

They added that this and other related autopsies of River Yala bodies must be accompanied by independent forensic pathologies.

“Amnesty International and other human rights organisations are willing to fund this,” they declared.

How police slaughtered people in a container, dumped bodies in rivers

Victims were detained, tortured and killed inside the container.
News
1 month ago
Post a comment
WATCH: The latest videos from the Star
by SELINA TEYIE
News
24 January 2023 - 21:49
Read The E-Paper