EAC pushing to have single currency by 2027 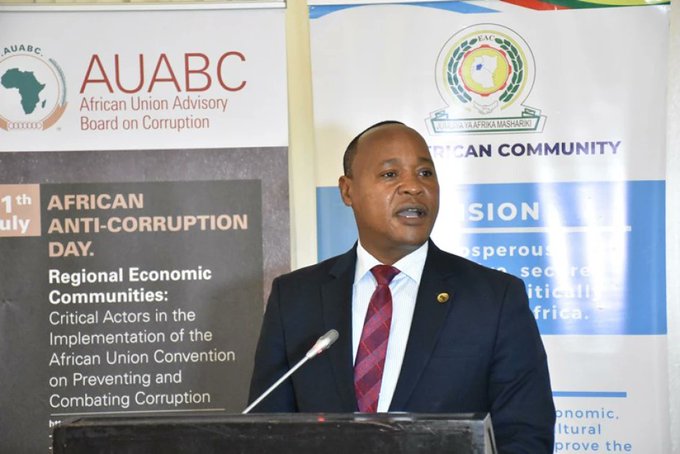 Plans are at advanced stages for the East Africa Community to adopt a common currency as well as set up a regional central bank.

Secretary general Peter Mathuki has announced that the EAC council of ministers will soon be meeting to adopt the plan and agree on the location of the East African monetary institute.

For the bank to be operational, the institute has to be established first.

"We are going to finalise where to have the institute this year and the Constitution that will create a roadmap for having one currency,” Mathuki said in Machakos during the EAC staff retreat.

He added, “In the next three to four years, we will have a common currency.”

Some countries have been battling to be the host nation for the institute and have already made their requests known.

The discussion over the country to host had to be suspended during the 42nd council of ministers’ meeting in Tanzania mid last year.

A verification exercise to identify the best suited country placed Tanzania on the lead at 86.3 per cent, followed by Uganda, Burundi with Kenya coming last.

Kenya and Uganda, however, teamed up and rejected.

The regional bloc, which is currently made of seven countries had earlier anticipated to have the single currency by 2024.

Last month, a taskforce formed to look into the matter proposed to have the implementation of the monetary union delayed until 2031.

East African Monetary Union is the third pillar of the EAC after the Customs Union and the Common Markets Protocol.

Supporting the move, Mathuki said this will ease the doing of business among the member states, while facilitating free movement of persons within the countries.

“Apart from other benefits, its set up makes the region borderless such that our people can move and trade freely as envisioned in the Common Market Protocol,” he said.

Somalia made its application to join the EAC in 2012.
News
3 weeks ago

It is currently developing an android mobile application.
Business
2 weeks ago
Post a comment
WATCH: The latest videos from the Star
by FELIX KIPKEMOI Political Reporter
News
16 January 2023 - 12:24
Read The E-Paper