Why you should take up Hustler Fund loans - Sifuna

The ODM SG said the government will not come after those who fail to pay the loan. 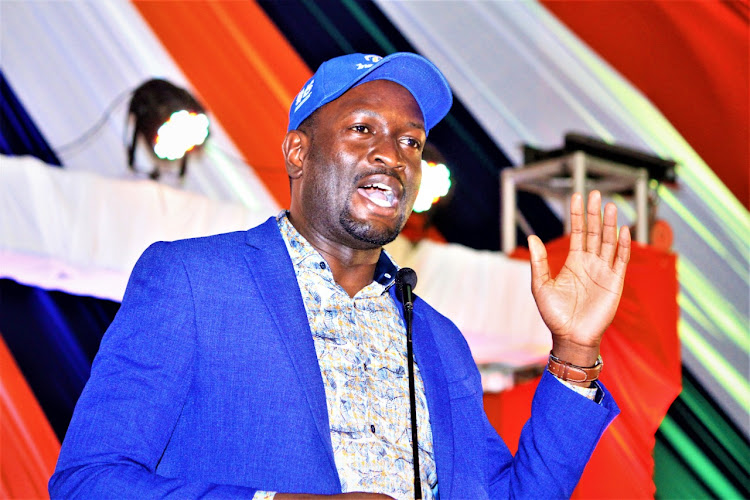 Sifuna said Kenyans should take advantage of the fund since the government will not come after them if they failed to pay the loan.

"I encourage Kenyans to take the Hustler Fund money because there’s no legal recourse for the government to come after them because of not paying back," he said.

On Wednesday, Ruto announced that borrowers who will default on their loans will see their interest rates increased from 8 per cent to 9.5 per cent.

If a customer will not have paid the loans within the required time, they will be added an extra 15 days, before the increment of the interest rate.

The borrowers who default will also have their Hustler Fund account frozen.

"After more than 30 days of default, the borrower loses all the credit scores accumulated and the Hustler Fund account is frozen," he said.

President William Ruto during the launch said loan defaulters will not be listed on CRBs, as they will have another chance of reborrowing.

"The defaulter can repay the loan at once or in instalments and begin borrowing again after full repayment," he said.

However, Ruto said borrowers stand a chance of increasing their loan limits if they repay their loans before the stipulated repayment day elapses.

This is loosely translated to: "When you borrow and repay your loan, you get another chance of reborrowing and graduate to another level of the Huster Fund."

"For every Sh2 saved, the government will add one shilling."
News
2 months ago

How to apply for Hustler Fund

Kenyans who have subscribed to Safaricom, Airtel and Telekom will be required to dial the short code
News
2 months ago
Post a comment
WATCH: The latest videos from the Star
by MANNY ANYANGO Digital Journalist and Social Media Executive
News
01 December 2022 - 11:50
Read The E-Paper