The Deputy President said the process to raise funds will be above board.

Deputy President Rigathi Gachagua said Friday that anyone trying to extort from Kenyans will be dealt with.

Gachagua said this was not only ungodly but also unacceptable. 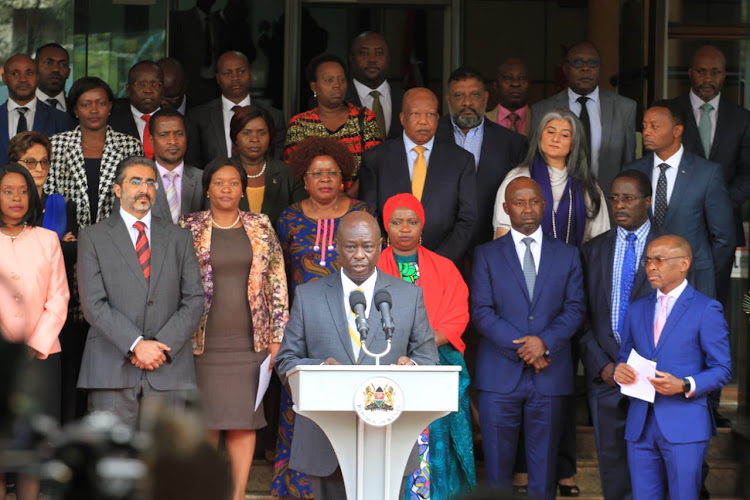 Fraudsters and cartels out to take advantage of the ongoing drought response initiative in the country have been put on notice.

Deputy President Rigathi Gachagua said Friday that anyone trying to extort from Kenyans in guise of channeling the funds towards alleviating hunger in facing Kenyans will be dealt with accordingly.

"We want to tell those con men and cartels seeking to take advantage of this difficult situation to con people money that they will not know peace in their lives," he said.

Gachagua said this was not only ungodly but also unacceptable.

The DP made the remarks during the inauguration of the newly gazetted National steering committee on drought response.

He told Kenyans to be vigilant so that they do not fall prey, noting that all funds will be received through a paybill number.

The number, he said, will be provided by the committee later in the day.

The committee will report directly to the Deputy President.
News
1 week ago

Uhuru men to Ruto: How did you become an overnight billionaire?

Tuju says DP is 'more generous' than Safaricom and other moneyed blue-chip firms.
News
1 year ago
Post a comment
WATCH: The latest videos from the Star
by FELIX KIPKEMOI Political Reporter
News
25 November 2022 - 12:31
Read The E-Paper