The President said the Cherera Four must be held to account.

•Raila had said the move was politically motivated and a continuation of the witch-hunt mission that President Ruto is on.

•Raila had said by summoning the commissioners, Parliament is usurping the role of a tribunal. 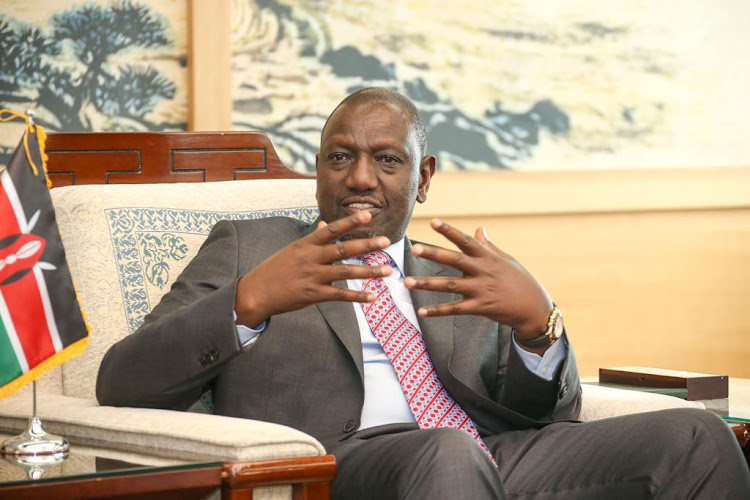 President Wiliam Ruto has fired back at Azimio  Chief Raila Odinga over his aggressive protection of the four embattled IEBC commissioners.

The president told off Raila saying the IEBC vice chairperson Julian Cherera and her three colleagues must be held to account for trying to subvert the democratic will of the people.

Raila had on Thursday accused Ruto of taking the country back to the days of Nyayo dictatorship saying he will lead a push back against that.

"The lords of impunity, who destroyed oversight institutions using the handshake fraud, should allow parliament to hold rogue officials who put the nation in danger by subverting the democratic will of the people to be held to account,"Twitted Ruto.

Ruto said Parliament should be allowed to proceed with  the ongoing inquiry into the conduct of the four "rogue"commissioners.

Raila had on Thursday urged the four commissioners to boycott the parliamentary hearings in the " interests of constitutionalism and rule of Law".

The lords of impunity,who destroyed oversight institutions using the handshake fraud,should allow parliament to hold rogue officials who put the nation in danger by subverting the democratic will of the people to be held to account. New order is RULE of LAW not wishes of big men.

He claimed that Ruto was on a revenge mission against the four commissioners whom he described as patriotic for opposing their Chairman Wafula Chebukati.

Raila said that Ruto is keen on installing a puppet IEBC by kicking out Cherera and the three commissioners.

Raila had said by summoning the commissioners, Parliament is usurping the role of a tribunal.

"They are trying to prejudice whatever tribunal could be formed.  Parliament roles must be limited to summoning the petitioners and deciding whether the issues raised warrant the setting up of a tribunal," he said.

The Azimio Cheif said the conduct of IEBC was part of the election petition and none of the commissioners was found to have committed any offence but Chebukati.

"Only IEBC chairman Wafula Chebukati was found to have acted unilaterally, this problem is therefore politically motivated and a continuation of the witch-hunt mission that President Ruto is on," he said.

"It will turn into a native partisan fight."

Raila asked the commissioners to give the sessions a wide berth.
News
1 week ago
Post a comment
WATCH: The latest videos from the Star
by LINDWE DANFLOW
News
25 November 2022 - 09:28
Read The E-Paper