• Foreign Affairs CS Alfred Mutua is expected to engage with Kenyans from more than 127 countries next month, to deepen the ministries relationship with diaspora.

• Many have over the last decades felt alienated from the Foreign Affairs ministry. 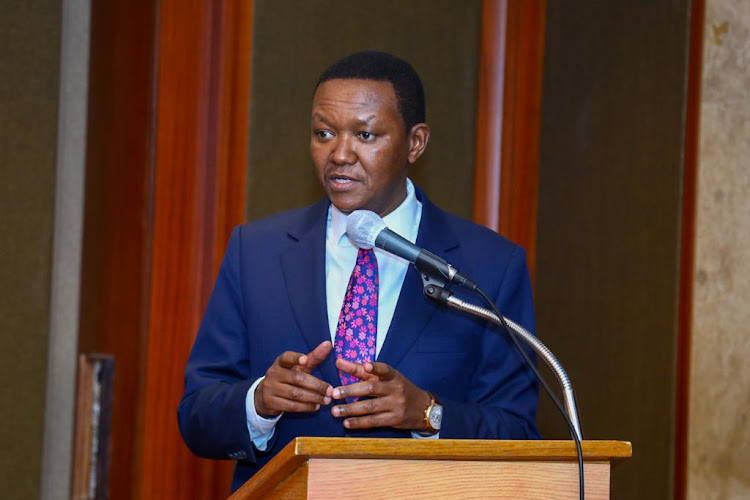 Kenyans living abroad are set to explore new investments and remittance opportunities after an investment conference set for next month.

The annual conference has been bolstered by the appointment of a senior government official responsible for Kenyans in diaspora; the first since Kenya’s independence.

Roseline Njogu was appointed Principal Secretary for the State Department for Diaspora Affairs.

Chairman of the Kenya Diaspora Alliance Dr Shem Ochuodho said the conference that will include top government officials will help foster ties between the new regime and Kenyans living abroad.

“Kenyans living abroad are optimistic and have trained their eyes on promises made to them by the new regime on investment opportunities in the country after election,” Ochuodho said.

Foreign Affairs CS Alfred Mutua is expected to engage with Kenyans from more than 127 countries in the convention.

The convention will deepen the ministries relationship with diaspora, as many have over the last decades felt alienated from the Foreign Affairs ministry.

The CS is set to grace the ninth Kenya Diaspora Homecoming Convention, to be held from December 7-9 at Ole Sereni Hotel.

The theme for the convention this year is Inclusive Growth Leveraging Diaspora Resources.

“It has been a headache for Kenyans in diaspora to even to acquire the new e-passport. Some had to travel for miles or even leave their country of domicile to another country, at their own cost just to get it done,” Ochuodho said.

The convention is an annual event that brings together Kenyan Diasporas from all over the world for celebration of the year gone, networking, updates on KDA events and any upcoming opportunities and initiatives.

“This year we are looking forward to deepening the conversation, which started with last year’s event, about how we can leverage diaspora resources for the economic growth of the country, the region and the continent,” Ochuodho said.

He said Kenya will follow the membership process because there is a lot to gain.
News
1 week ago

He said the meeting was dominated by issues of staff welfare, service to the diaspora among others
News
1 week ago
Post a comment
WATCH: The latest videos from the Star
by MOSES ODHIAMBO
News
25 November 2022 - 14:30
Read The E-Paper