•Kuria said it is unfair for Egypt to continue subsidizing their companies that are exporting duty free to COMESA region.

•Goods being imported from Egypt do not attract duty. 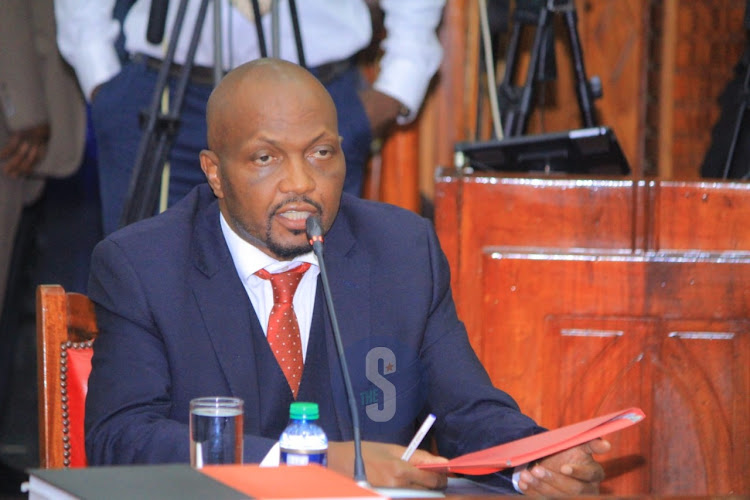 The CS said it was unfair for Egypt to continue subsidising their companies that are exporting duty free to COMESA region.

Kuria said Kenya will be forced to move that direction if Egypt does not stop subsiding duty free exports.

"Kenya will join Uganda in imposing excise duties on such products. We will jointly raise this issue during the COMESA Trade Ministers meeting in Lusaka next week," Kuria said on twitter.

Kenya has for the last one year been exempting Egyptian exports from customs duties.

Kenya had in 2021 obtained the approval of the East African Community’s (EAC) Customs Union to extend the exemption of customs duties on imports from Egypt.

This was also to apply to goods from the Common Market for Eastern and Southern Africa (COMESA) until June 2023.

Egypt being a member country of the Common Market for Eastern and Southern Africa is allowed to export its good for free into the COMESA region.

All member countries, Kenya included are allowed to export their good duty free within the region.

Says decision to import maize was ratified by Cabinet.
News
1 week ago

Kuria should explain himself to MPs, says Osoro

He said it is premature to think about impeaching the CS.
News
1 week ago

He defended the importation, saying that it is Kenyans lives at stake.
News
1 week ago
Post a comment
WATCH: The latest videos from the Star
by LINDWE DANFLOW
News
25 November 2022 - 13:47
Read The E-Paper