• The friends, a man from Nigeria and the woman from Ghana, had not directly told her that she would be trafficking narcotics from Ghana to Turkey, on her return.

• Wahura said she had been told she was carrying something that can be used in the hospital. 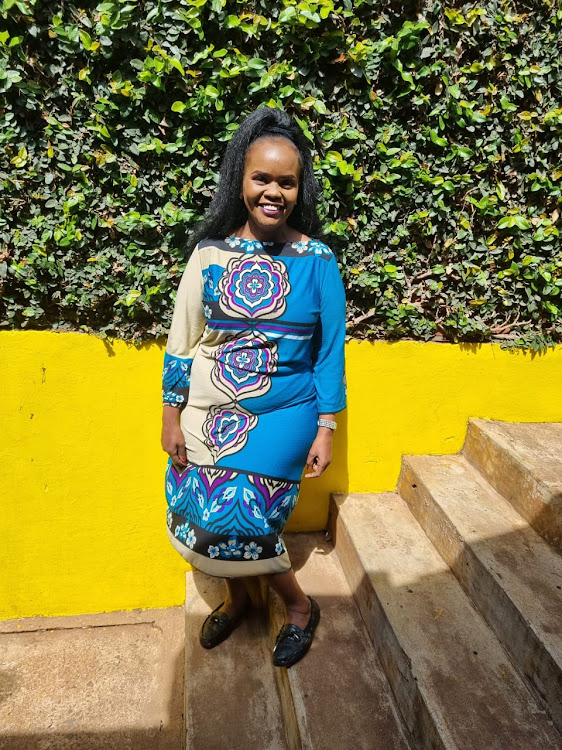 Beatrice Wahura, 47, says she landed in a Ghana prison because she trusted the wrong friends.

Wahura was a kindergarten teacher in Turkey at an international school. Her family was proud of her.

But her world came crumbling down when she agreed to help friends who were a couple carry a bag across borders from Ghana to Turkey.

When Wahura was getting the proposal to go to Ghana, she had just broken up with her boyfriend. This had scared her.

She was on leave and would use her remaining days to travel to Ghana and visit her friend, all her expenses were to be catered for.

"Being heartbroken, broke and lonely, I accepted a friend's invite to Ghana," Wahura said.

But she says before she left her apartment in Turkey, she kept going back to an image of Jesus in her house.

A voice kept telling her not to proceed with the journey to Ghana. But she did not listen.

The friends, a man from Nigeria and the woman from Ghana, had not directly told her that she would be trafficking narcotics from Ghana to Turkey, on her return.

This loosely translates to," I did not know what was in the bag."

Wahura said she had been told she was carrying something that can be used in the hospital.

She says she never saw how the drugs were packed.

The Ghanaian lady she had come to meet gave her the suitcase to carry and claimed she had a family emergency to attend to. She told Wahura they would catch up in Turkey.

Beatrice never got to Turkey.

"When I was getting close to boarding the flight, I was stopped," Wahura said.

She said police requested to check her luggage.

She explained that the bag with drugs was not hers.

The police in Ghana said they believed her. But unless those that gave her the bag showed up, she would not be released.

Wahura's efforts to reach the couple were in vain as their lines were off.

She reached out to her family in Kenya, finding it hard to explain how she had landed in a Ghanian police station, yet they knew she was in Turkey.

Wahura finally got a lawyer but she she never knew who sent the lawyer. Her family denied sending the lawyer.

She says the lawyer always encouraged her to never plead guilty. Assuring her that she was going home.

"For two years and three months, I stayed in remand in Ghana in a very small room, hoping I would be released one day," Wahura said.

However, she said, whenever she would ask her lawyer questions about her case, he would shut her down with, "don't you want to go home?"

" I didn't know I would spend almost 10 years in Ghana," Wahura said.

The lawyer never showed up at the final hearing when Wahura was sentenced to 10 years in prison.

"That is how I started my journey of loneliness, anger and bitterness," Wahura said.

However, in prison, she met more foreigners. Most of whom were in for drug trafficking.

She was welcomed by fellow Kenyans.

Wahura said it hit her she was in prison once her dreadlocks were cut.

"I loved my hair, I cried until I fell sick," she said.

Wahura said the food in prison was different from Kenya's.

"We ate Ugali called Banku. The maize flour would first be fermented before cooking. In the end, it would turn out bitter," she said.

Wahura was however quick to learn the ropes.

She realised the good got fair treatment while the rough ones were treated as they behaved.

Wahura also found solace in prayer. "It calmed my soul."

She said she prayed a lot that she got nicknamed 'Kenyan pastor'.

However, because of her good behavior, she rose in ranks from a storekeeper to the office girl of the prison officer.

The officer, madam Charity, liked her so much that she would bring Wahura fufu (pounded yam and fish) every weekend.

In 2015, she got a visit from the Nigerian Embassy officials. Back then, Kenya did not have their headquarters in Ghana. Her family was looking for her, seeking to know if she was okay.

Wahura wrote letters to her sister in Kenya.

"I would write six letters. Each with the exact same information, word by word with the same handwriting. Yet only one would get mailed. This was part of the punishment," she said.

At some point her sister wanted to visit her in Ghana.

"I told her to hold off the visit, that she should instead use the money for my flight ticket back to Kenya," Wahura said.

No family member visited her for the years she was in prison.

However, she said a Kenyan lady used to organise with fellow Kenyans in Ghana and they would visit Kenyans who were in prison.

"I stayed in prison for eight years 11 months and 22 days," Wahura said

Upon her release, her family was waiting for her at the airport. And they kept on supporting her to date.

Wahura says she is scared of trusting people after the ordeal.

She said she was also scared of walking in town alone.

"I once collapsed at Kencom during a panic attack," Wahura said.

"It is only until after I met women from Clean Start Kenya that I learnt to slowly trust people again."

Clean Start Kenya is and NGO that helps women who have been impacted by the criminal justice system reintegrate to society.

Wahura says she suspects it was the couple that sent the lawyer her way. She says she never heard from the couple again.

"We've never met to date and I would never want to see them again. They ruined my life," she said.

Wahura says accepting her situation and finding forgiveness was one of the toughest tasks she undertook.

She is currently working on a book detailing her life in a Ghanian prison. The book is titled Minus One Day.

Wahura was sentenced to 10 years in prison but served for nine and was released in December 2018.

Through the initiative, Jane was taught carpentry which is her current source of income.
News
2 weeks ago

How I got back to my feet after prison life, woman narrates

"The organisation gave me a lifeline. They gave me a home and fed me."
News
2 weeks ago
Post a comment
WATCH: The latest videos from the Star
by LINDWE DANFLOW
News
25 November 2022 - 11:20
Read The E-Paper