Wetang’ula meets scouts, promises to work with them

He urged them to seek areas of mutual interests and areas of collaboration. 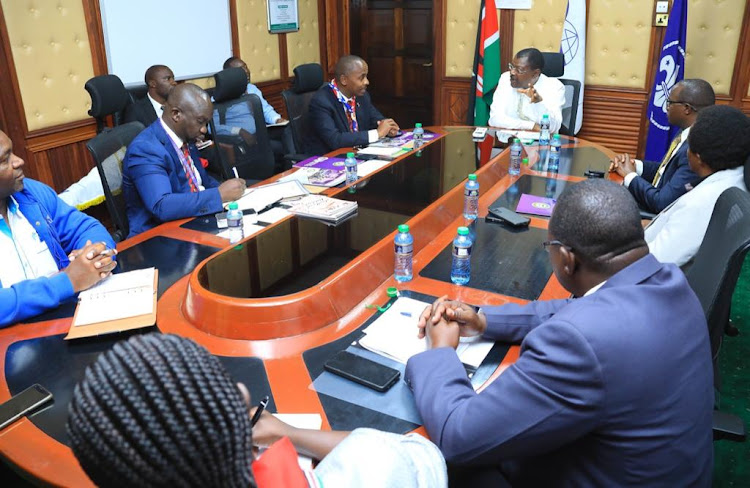 World Scout Parliamentary Union Kenya chapter, has presented a mantle accorded to them for hosting the eleventh general assembly to the Speaker of the National Assembly Moses Wetang'ula

He urged the members to lead by example and emulate the late Mother Teresa who globally did enormous humanitarian and charitable works voluntarily.

“The scout movement has been at the forefront in impacting life skills among all age groups. I urge you to continue seeking areas of mutual interests with other caucuses in Parliament for possible areas of collaboration,” Wetang’ula said.

He promised to ensure that the thirteenth Parliament works together with WSPU to achieve the association’s goals.

“Whenever we host WSPU meetings, Parliament will give support to showcase Kenya’s history in the scouting journey,” he said.

Dagoretti South MP John Kiarie said that there is a need to review the existing Scouts Act to align it to the Constitution to incorporate activities of the association in the devolved units.

“Kenya was privileged to be the first-ever African nation to be accorded the opportunity to host the WSPU general assembly since the scout movement inception in 1991,” Kiarie said.

The lawmaker said they will be engaging in tree-planting activities in Kirinyanga and Nyeri this coming weekend to preserve the environment and mitigate climate change.

WSPU is an independent association that was founded in Korea in 1991 and unites scout-oriented parliamentarians from all over the world to strengthen the Scout Movement to promote youth empowerment.

He promised to deepen the Kenya-Turkish ties, to enhance trade.
News
1 week ago

The task force is expected to table a report in Parliament for deliberation.
News
2 weeks ago

He said the constitutional threshold for removal is so high.
News
1 week ago
Post a comment
WATCH: The latest videos from the Star
by ESPERANCER WANJIKU
News
24 November 2022 - 14:27
Read The E-Paper