He replaces Francis Muthaura whose tenure has come to an end. 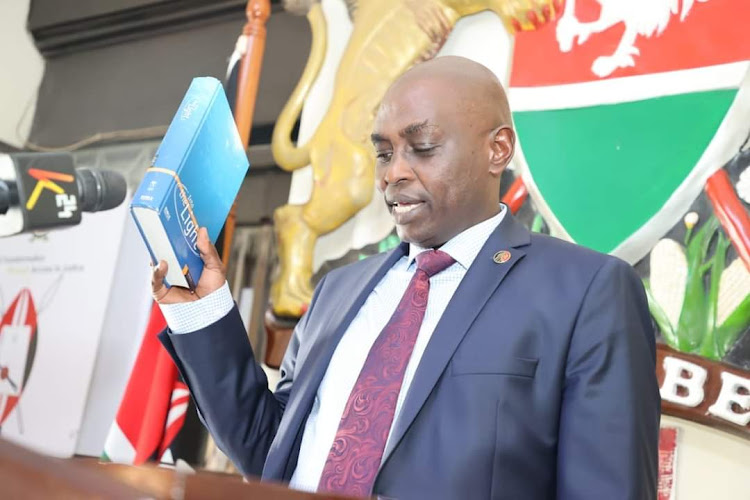 UDA National Elections Board chairperson Anthony Mwaura was on Thursday sworn in as the new Kenya Revenue Authority chairman.

Mwaura took the oath of office at the Supreme Court of Kenya.

He replaces Francis Muthaura whose tenure has come to an end. Muthaura was appointed in 2018 during former President Uhuru Kenyatta's tenure.

His swearing-in comes following his appointment by President William Ruto.

In a gazette notice dated November 17, Ruto said Mwaura will serve for a term of three years.

"In exercise of the powers conferred by section 6(2) (a) of the Kenya Revenue Authority Act, I, William Ruto, President of the Republic of Kenya and Commander in Chief of the Defence Forces appoint Anthony Ng'ang'a Mwaura to be the Chairperson of the Kenya Revenue Authority, for a period of three (3) years, with effect from the 18th November 2022," the gazette notice read.

Mwaura is the current chair of the UDA National Elections Board.

Ruto said Mwaura will serve for a term of three years.
News
2 weeks ago

President wants KRA collections to increase from Sh2.1 trillion to between Sh4-5 trillion
News
2 weeks ago

KAM roots for intellectual property use to fight counterfeits

This will help in getting database information on goods imported into the country.
Business
2 weeks ago
Post a comment
WATCH: The latest videos from the Star
by MANNY ANYANGO Digital Journalist and Social Media Executive
News
24 November 2022 - 12:03
Read The E-Paper