Ruto is morphing into worst dictator ever - Karua

The Narc Kenya boss warned Kenyans to be vigilant

The ex-Azimio la Umoja One Kenya running mate, alleged that President Ruto has given all the indications of becoming a dictator 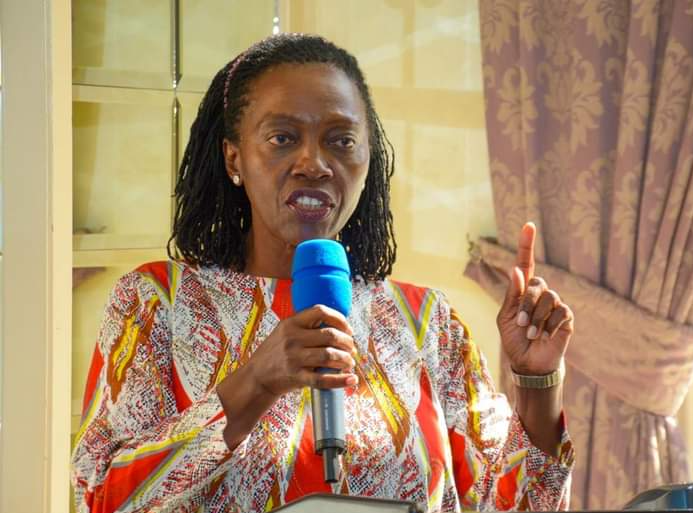 The ex-Azimio la Umoja One Kenya running mate, alleged that President Ruto has given all the indications of becoming a dictator.

"We will not tire from reminding all Kenyans that if we drop this, we are in for a ruthless president than we have ever seen and than has not been witnessed in this region," Karua said.

Karua said the President is acting out of the law by failing to constitute a selection panel for IEBC commissioners whose terms end in January.

"The IEBC Act requires that six months to the end of the term of chair a selection panel must be formed to find the new chair," said Karua.

"Instead of forming a panel, he(Ruto) is busy to have the act amended so that he can have a selection panel than can create a commission f his heart."

Karua warned that the Independent Electoral and Boundaries Commission is a body for all Kenyans and not for any individual to constitute as they please.

"They(EIBC three commissioners) should have gone on leave but they are insisting to illegally oversee the by-elections so  that they can give us convoluted results," she said.

Karua argued that the four commissioners, Juliana Cherera, Francis Wanderi, Irene Cherop and Justus Abonyo should take over the management of IEBC.

The four are facing petitions for their removal from office.

"The petitions are a travesty of justice and seek to prevent them from taking over IEBC," Karua said.

'The rogue commissioners led by Wafula Chebukati and whose term has ended, should go home and allow Kenyans to decide."