The opposition chief will meet the coalition's 22 county chiefs. 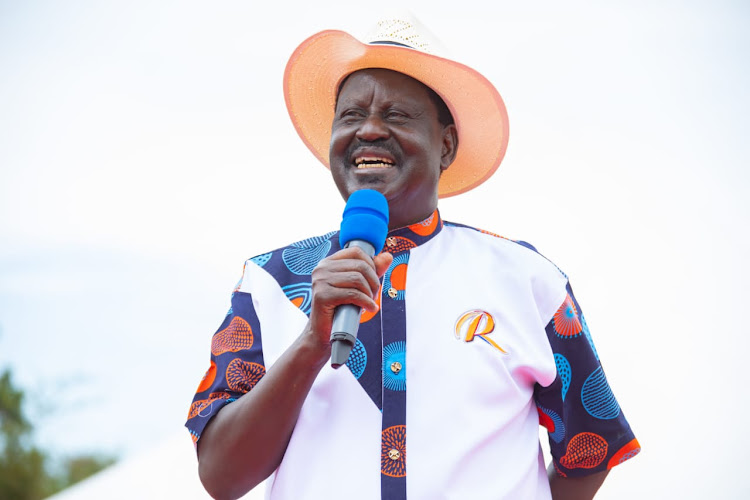 Azimio la Umoja One Kenya leader Raila Odinga has summoned all the governors allied to the opposition coalition for a two-day strategy meeting in Naivasha.

The retreat which begins on Thursday evening will also be attended by Raila's former running-mate Martha Karua and Wiper boss Kalonzo Musyoka.

The Star has established that the forum will give the Azimio leaders an opportunity to craft a strategy to counter President William Ruto's overtures targeting coalition governors and MPs.

Recently, a section of Azimio allied governors and MPs have declared their willingness to work with President Ruto's Kenya Kwanza government for the sake of 'development".

Ruto has held talks with some Azimio governors who have promised to work with him unconditionally, triggering jitters in the coalition.

“It is true we are meeting in Naivasha with our Azimio leaders from today (Thursday) evening,” a governor from Nyanza confirmed to the Star.

He,however, refused to disclose the agenda of the high-level meeting, the first since Raila's loss in the August presidential election.

The meeting is also a precursor to the a conference for all the Azimio leaders of all levels before the end of the year.

The meeting also comes against the backdrop of an aggressive charm offensive by Ruto to penetrate Raila's traditional turfs of Western Kenya and Coast, and to consolidate his bastions as well.

Ruto has been holding strategic thanksgiving prayer rallies across the country and was due to attend another service in Kisii County this weekend before its was suddenly cancelled.

According to an invitation letter dated November 17 and signed by Andrew Mondo, the agenda of the meeting will be circulated upon arrival in Naivasha.

Some of the people lined up to address the forum include governors Gladys Wanga(Homa Bay) and Julius Malombe(Kitui).

They are expected to presented a detailed status report on the performance of counties and also outline the action points to confront the challenges.

Cracks in Azimio as MPs accuse Raila of dishonesty

They accused the opposition of leadership exclusion.
News
1 week ago