Says Kenyan media has been a let down 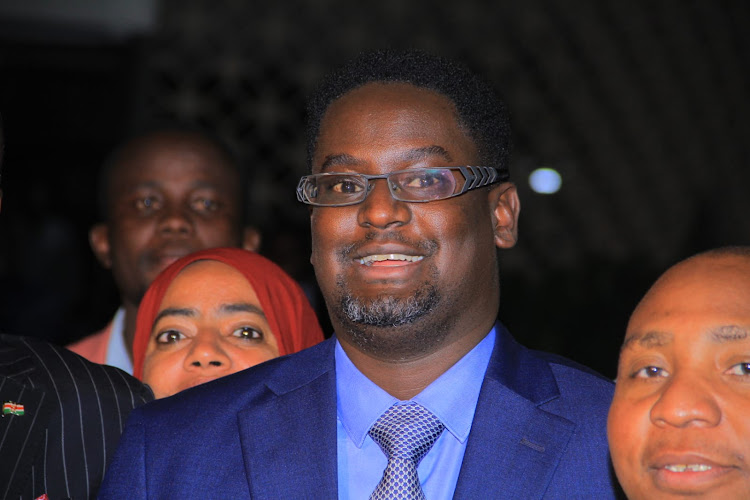 The Kenyan media has been a "let-down" towards the coverage of the EALA proceedings, two-term country’s representative Kennedy Kalonzo has said.

Kalonzo said while other member states have made fruitful efforts to provide broadcast, there has been reluctance from the Kenyan side.

“I reached out to the national broadcaster not long ago hoping they would come to cover our sessions…but, to be honest the Kenyan side has been a let down,” he said.

Speaking during an interview, Kalonzo, one of the nine members elected last Thursday to represent the country in the regional assembly noted there have been representation from other member states.

“I think more needs to be done so that Kenyans can know what is happening in the assembly,” he said.

Functions of the members include consideration of annual reports on the activities of the East African Community and annual audit reports of the commission among others referred to it by the Council.

They also discuss matters relating to the Community and make recommendations to the Council as it may deem necessary for the implementation of the Treaty.

The MPs also liaise with the national assemblies of partner states on matters relating to the community, debates and approval of budgets of the Community.

It has already conducted its sessions.

On the powers of the East Africa legislative Assembly , Kalonzo stated that sovereign issues on criminal justice system are yet to be harmonised by the member states making the House less powerful compared to the local parliament.

“Our hands are tied especially on issues sovereignty, MPs are more of diplomats and issues are resolved more through diplomacy than legislative,” he said.

EALA should speak as one voice on GMO policies – Winnie Odinga

Winnie said the East African region can do its study on GMO foods and come up with its policy.
News
2 months ago

Miano added that she looks forward to a fruitful engagement with the elected officials.
News
2 months ago
Post a comment
WATCH: The latest videos from the Star
by FELIX KIPKEMOI
News
21 November 2022 - 12:48
Read The E-Paper