Hustlers to use SMS short code to access loan - Chelugui 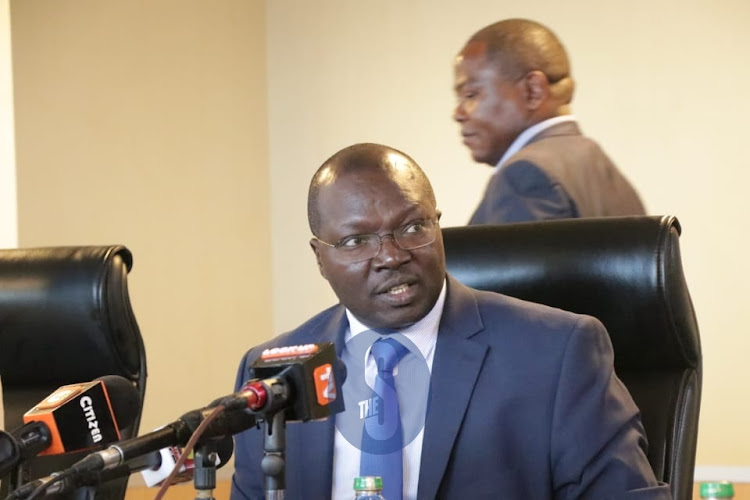 Cabinet Secretary for Co-operatives and SMEs Development Simon Chelugui has said there will be no registration required for the Huster Fund.

Chelugui says borrowers will use an SMS short code that will take them to a certain menu, leading all the way to the application of the loan.

"We urge members of the public to disregard all forms of communications inviting them to register for funds on a website or via a  phone number," he said.

He added that hustlers will only need their phones, as there will be no intermediaries for the process.

The Hustler Fund will work with Safaricom, Airtel and Telkom to deliver the funds.

"The money will be accessed via phone numbers and respective networks," he said.

The CS also announced an establishment of a call centre that will respond to issues and questions of borrowers. He added that the centre will be active once the fund is launched.

"President William Ruto will launch the Hustler Fund on November 30, 2022," he said.

Through the Hustler Fund, every time one borrows an amount, Chelugi says 5% of the amount will go to a saving scheme, where the money adds interest.

"For every Sh2 saved, the government will add one shilling."

He also dismissed as untrue claims that Hustler Fund defaulters will be fined heavily.

Chelugui said the penalty of a fine and imprisonment only targets officials hellbent on defrauding the state of the fund.

"There is no such thing. The penalties in the regulations target fund officials who may embezzle or misappropriate the funds," he said.

There have been concerns among Kenyans over the harsh conditions set by the state regarding the funding.

There have been reports that defaulters are likely to be fined up to Sh10 million, imprisoned for five years or both.

He says the interest rate should also be reduced from 8 to 5 per cent.
News
2 months ago

The maximum limit will be Sh50,000 as determined by the borrower's credit score.
News
2 months ago

Chelugui to give more clarity on hustler fund before launch

President William Ruto said the fund will be rolled out beginning December 1.
News
2 months ago

The maximum limit will be determined by the borrower's credit score.
News
2 months ago
Post a comment
WATCH: The latest videos from the Star
by MANNY ANYANGO Digital Journalist and Social Media Executive
News
30 November 2022 - 11:42
Read The E-Paper