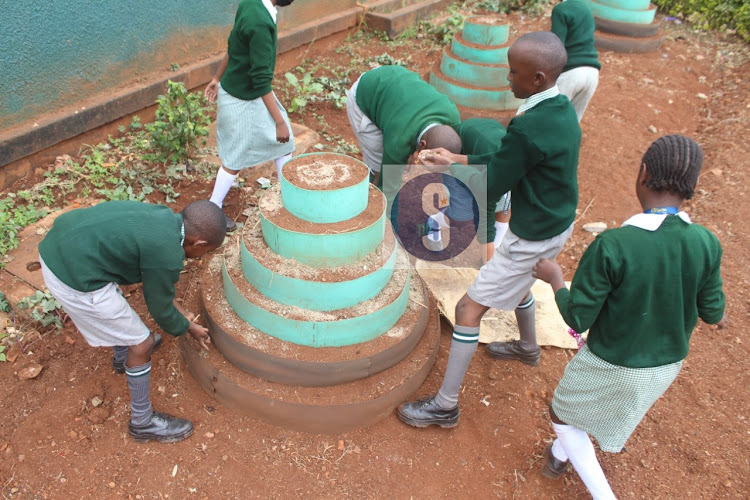 Grade 5 pupils at an innovative gardening set up in the ongoing CBC Knec assessment at Westlands Primary School, Nairobi, on August 24
Image: FILE

As Grade 6 learners await to begin their national assessment on November 28, parents are confused.

Most parents are worried that the learners will be subjected to eleven assessments tests.

But the Ministry of Education has clarified that the subjects have been clustered into five groups.

"Summative assessment at the end of Grade 6 will be administered in five subjects, not 13 as earlier reports indicated," Magoha said.

While making their submissions to the Presidential Working Party on Education Reform, a parent decried the move to assess an 11-year-old learner in 11 subjects.

"As a parent I'am worried, about how long will it take to assess my child because they have almost thirteen subjects," she said.

The subjects have been clustered into five groups: English, Mathematics, Integrated Science, Creative Arts, and Kiswahili.

The Kenya Primary School Education Assessment will be administered from November 28.

The KCPE exam will run between November 28 and December 1, while the KCSE exam will be done from December 1 to December 23.

A timetable released by the Kenya National Examination Council indicates candidates will be assessed in five papers for three days until November 30. Rehearsals will be conducted on November 25.

Mathematics and English will be tackled on the first day followed by Integrated Science (Science and Technology, Agriculture, Home Science and Physical and Health Education) and Kiswahili on the second day.

Candidates will be assessed in Art and Craft, Music and Religious Education on the third and final day in the Creative Art and Social Studies subject.

Unlike in the KCPE exams where candidates are rated out of 100 per cent, KPSEA will account for only 40 per cent of the final score.

The other 60 per cent will come from the classroom-based continuous assessment tests conducted in Grades 4, 5 and 6.

They also decried the lack of involvement of parents during the rollout of the curriculum.
News
2 months ago
Post a comment
WATCH: The latest videos from the Star
by LAURA SHATUMA
News
14 November 2022 - 16:14
Read The E-Paper