•At around 10am, Monday, Maundu said only about 50 pupils had arrived out of a total population of 400.

•A villager Mutie Mutua claimed that he was nearly hacked by a somali camel herder who slashed him at the back of his head. 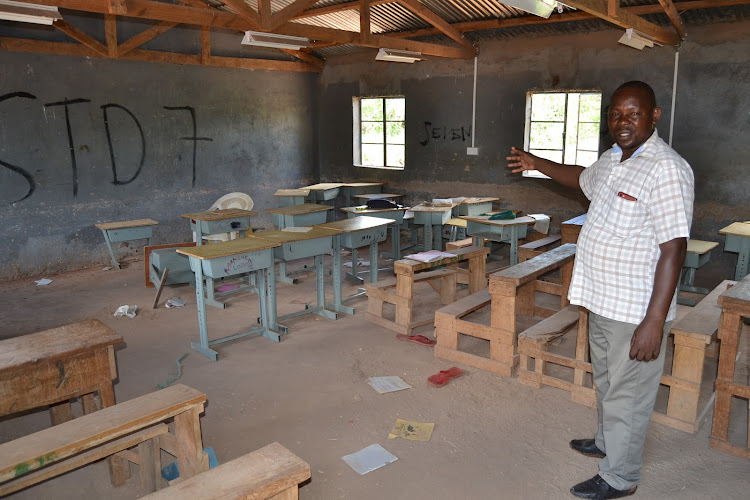 Heightened insecurity and tension has paralysed learning at Mandongoi Primary School in Ngomeni of Kitui County.

Throughout Monday, learnining at the school did not take place as pupils and teachers stayed away for fear of being attacked by armed camel herders.

Nearly 350 learners at the school failed to show up for classes following reports that armed camel herders had opened fire at Kanyuni on Sunday at 9pm.

The gun fire revibrated more than three kilometres away frightened villagers forcing them to flee into the bush, according to a local cleric Jeremiah Nyayo.

Twenty-four hours earlier, a villager Mutie Mutua claimed that he was nearly hacked by a somali camel herder who slashed him at the back of his head.

Mutia, 42, said he was attacked as he was driving out a herd of 100 camels that had strayed into his farm at Kanyunyi after bitter exchange between him and the camel herder.

Kyuso subcounty police commander Nicholas Mutua confirmed the incident. Mutua said no one was injured as the bullets missed the target.

"It is true, criminals shot at a villager on Sunday night but he was not hit. I am currently leading an operation in the area. We are trailing the gunmen and at the same time evicting the herder and camels," he said.

Mandongoi school headteacher Joel Maundu who spoke to the Star on phone said the volatile  situation had disrupted learning.

"Since the learners have fled with their parents into the bush and other safer areas fearing for their lives, majority of them as well as teachers were did not show up on Monday," he said.

At around 10am, Monday, Maundu said only about 50 pupils had arrived out of a total population of 400.

"The truth is that we have not closed the school but leaning cannot take place because the majority of pupils have not showed up," he said.

"Only two teachers are here with me while about eight are too frightened to report to work."

Pastor Nyayo of the Mandongoi Full Gospel Church said he had to offer refuge for four teachers on Sunday night, after gunshots rented the air.

"When sound of gun fire were heard, they fled to my abode and I hosted them overnigh," he said.

"They told me since they come from other areas, they will on Monday visit the subcounty education office to seek  for transfers to safer areas." 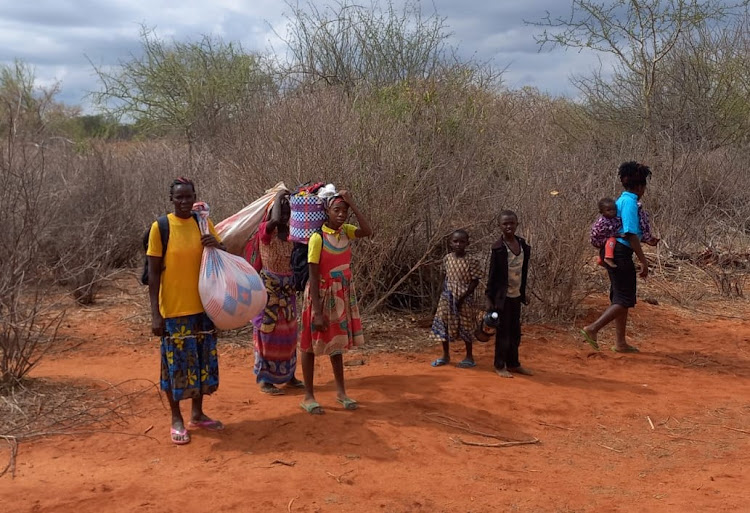 Criminals attack a villager with a simi leaving him with deep cut, raid another man's home the following day
News
3 weeks ago

Police on spot as Senators move to quell herders, farmers’ tension in Kitui

Garissa elders call for dialogue to resolve conflict in Kitui

Herders have also let loose their animals on locals' farms, destroying crops. They have also been accused of raping women and girls.
Counties
1 month ago
Post a comment
WATCH: The latest videos from the Star
by MUSEMBI NZENGU News Correspondent
News
14 November 2022 - 15:16
Read The E-Paper