IF MOTION IS BROUGHT

He said the change of presidential term limits might be a discussion that will take place in the future. 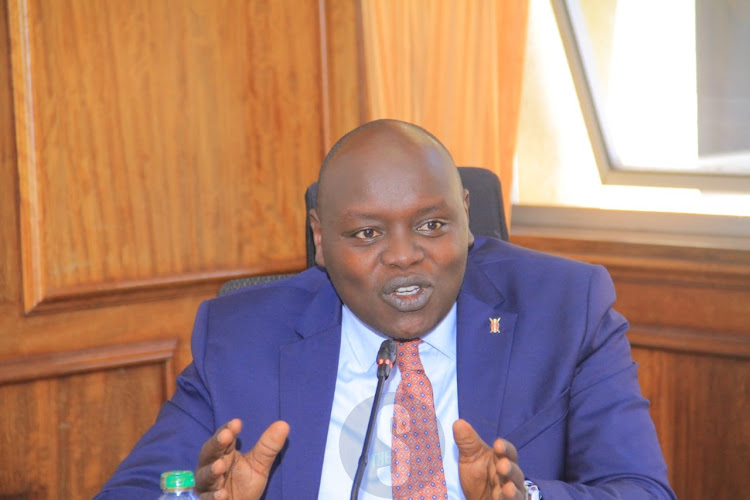 Nandi Senator Kiprotich Arap Cherargei has said Fafi MP Salah Yakub was within his rights as he proposed the amendment of the term limits.

Cherargei who took to Twitter on Wednesday said that if the motion is brought to the senate, he will support it.

"UDA is an epitome of democracy and rule of law. Yakub is within his right to push this amendment. Let's listen first, I shall support it in the Senate," Cherargei said.

Cherargei said the change of presidential term limits might be a discussion that will take place in the future.

"This is a conversation that might happen in future by Kenyans on scrapping of term limit of a President," Cherargei said.

The idea of scrapping of the presidential term limits has sparked an uproar as various legislators have come out to give their opinions on the matter.

Miguna Miguna termed the idea as a joke while former Kiambu governor Ferdinand Waititu said had former President Mwai Kibaki been in office longer, Kenya would now be comparable to Singapore.

UDA chairman Johnson Muthama said they were still in support of the two terms and that no one is planning to scrape it.

Says it won’t pass a referendum.
News
2 months ago

Yakub in his proposal claims the cap should be on age and not period service.
News
2 months ago

"Kenya could have become another Singapore if Kibaki stayed any longer."
News
2 months ago
Post a comment
WATCH: The latest videos from the Star
by LINDWE DANFLOW
News
09 November 2022 - 09:09
Read The E-Paper