Raila: Extrajudicial killings turned into an act of witch hunt 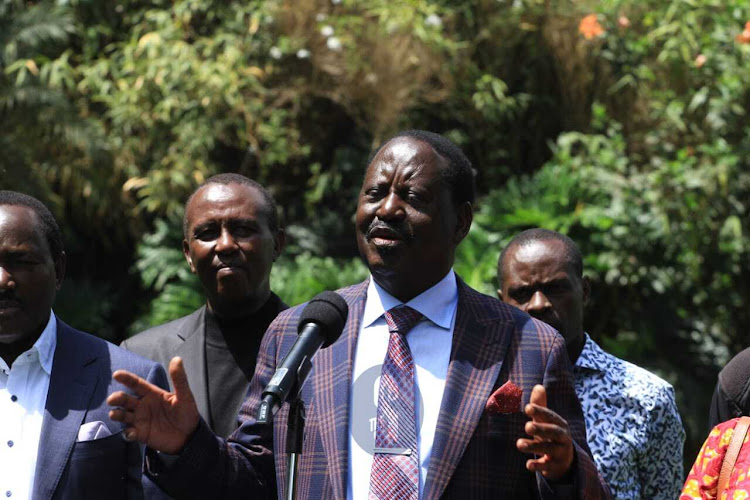 ODM Leader Raila Odinga has said the investigations into extrajudicial killings in Kenya have turned into a witch-hunt.

Speaking during a press conference at Serena Hotel in Nairobi, Raila said former DCI boss George Kinoti and some police officers were being targeted.

"William Ruto's grudge against George Kinoti started way before the election. Ruto appears to believe that the coming of the UDA regime is a perfect mandate for him to punish the officers he long had a grudge against. We are here to say no," he said.

"We firmly oppose the current trend directed by a vindictive regime and President that seems to be pursuing a personal vendetta against specific current and past State officers in the pretext of pursuing extra-judicial executions," he added.

Raila said that his party believes in due process, and is opposed to extrajudicial executions.