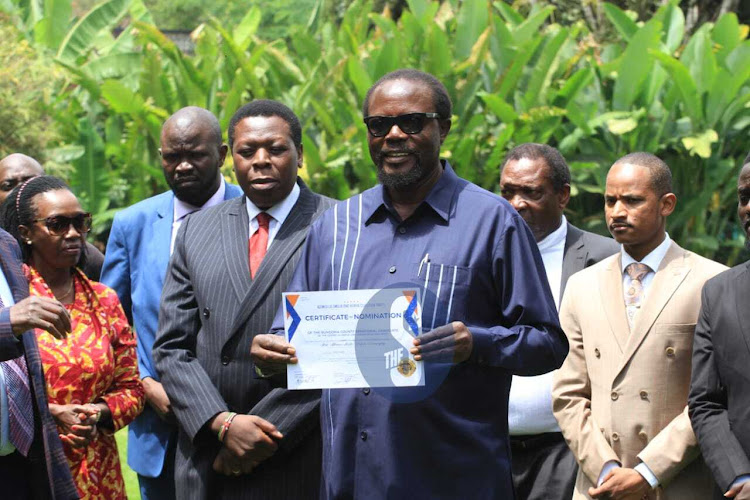 The seat was declared vacant by IEBC following the election of Moses Wetang'ula as National Assembly Speaker.

Speaking during a press conference held at the Serena Hotel, Raila said that they coalition will offer Wamunyinyi the full support he'll need to win the election.

"Wafula Wamunyinyi has what it takes to contest for this seat, he has a record of speaking out for the people of Kenya," he said.

Wamunyinyi will face off with the Ford Kenya party's choice for the high-stakes battle that will see President William Ruto lock horns with Raila.

On Sunday, the leadership of Azimio Affiliate parties in Bungoma county held talks and agreed that the coalition will have a sole candidate for the by-election.