During the 2019 population census, 1,542 Intersex Persons were recorded. 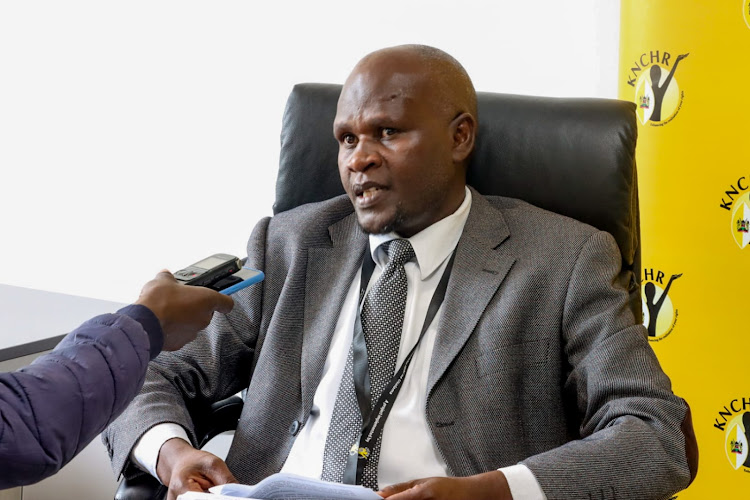 Kenya is on the World map for appointing an intersex person as a commissioner in the Kenya National Commission on Human Rights.

Dr Dennis Wamalwa, 47, is a university lecturer who hails from Bungoma.

He was appointed to serve on the commission in March.

Intersex Persons refer to a child born with unclear biological sex characteristics that include; ambiguous male and female genitalia, hormones, chromosomes and gonads.

Wamalwa, PhD holder is grateful for the opportunity to serve.

“I am glad to have been given this opportunity to serve at KNCHR,”. Wamalwa said.

“I think I am the first intersex person to be appointed to hold such a position in Kenya and the world.”

Wamalwa who asked the society to stop stigmatisation against intersex persons acknowledged that Kenya is making steps in recognising and safeguarding their rights.

“Kenya is the first country to recognise intersex persons going back to the 2019 Population Census,” Wamalwa said.

“Kenya enacted Children’s Act 2022 which acknowledges intersex children's existence and guided on their inclusion in the realization of their rights and protection in law like any other child in Kenya.”

During the 2019 population census, 1,542 Intersex Persons were recorded.

However, the number of Intersex children and adults in the country is higher.

Due to stigma, they have not come out freely.

Globally, intersex persons are estimated to be between 0.5 per cent to 1.7 per cent of any given population.

The Judiciary has pronounced itself in two historical cases setting the pace and advancing the rights of intersex persons. (R.M case and Baby A’s case).

In one case-Baby A, a court ordered the government to issue a birth certificate to a five-year-old child, born with ambiguous genitalia.

Wamalwa asked intersex persons to come out and realise their potential and stand to be counted.

KNCHR has been at the forefront to defend their rights and freedom by creating public awareness and education.

The International Awareness Day on Intersex persons is commemorated on October 26.

The commission held the celebrations in Mbale Municipal Grounds, Mbale town in Vihiga.