Ngondi — a former Kware MCA — was elected on September 29 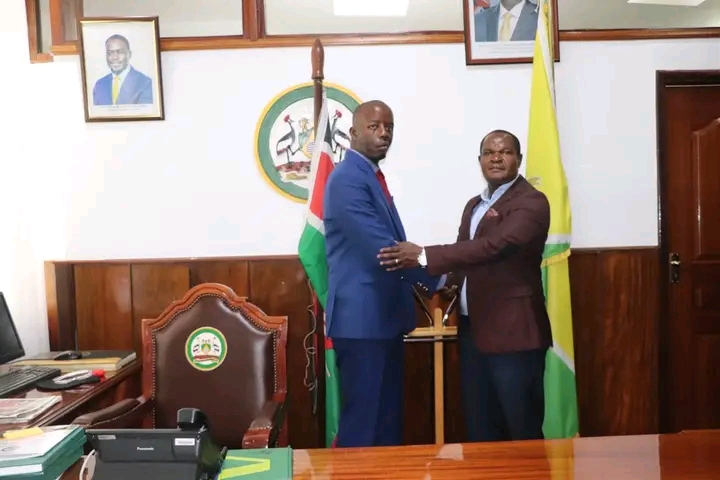 The newly elected Nairobi County Assembly Speaker, Ken Ng'ondi, was treated to a surprise visit by Raila Junior at City Hall on Wednesday.

“I'm pleased to have hosted Raila Odinga Junior who paid me a courtesy call at my office this afternoon,” Ng'ondi said.

“We were privileged to welcome Raila Junior when he paid us a courtesy call at the county assembly of Nairobi,” Ogeto said.

“He congratulated the newly elected speaker and the entire Azimio team for bringing it home! Most importantly he passed the special regards from H.E Raila Odinga,” Ogeto added.

Ngondi — a former Kware MCA — was elected on September 29 after garnering 68 votes to floor Kenya Kwanza's Hassan Robow who managed 55 votes out of the 123 casts in the second round of voting.

In the first round, County Assembly clerk Edward Gichana announced that none of the two attained two-thirds which is 82. Ng’ondi had 71 while Robow got 52.

The applicants have been urged to ensure they fill and sign nomination forms and attach a copy of their curriculum vitae.
Counties
2 months ago
Post a comment
WATCH: The latest videos from the Star
by TONY MBALLA
News
05 October 2022 - 15:45
Read The E-Paper