He says the Gachagua family does not know betrayal.

• Gachagua said his family and the President have been friends for years such that they consider him part of the family.

• "I must serve you with honesty and loyalty," Gachagua affirmed. 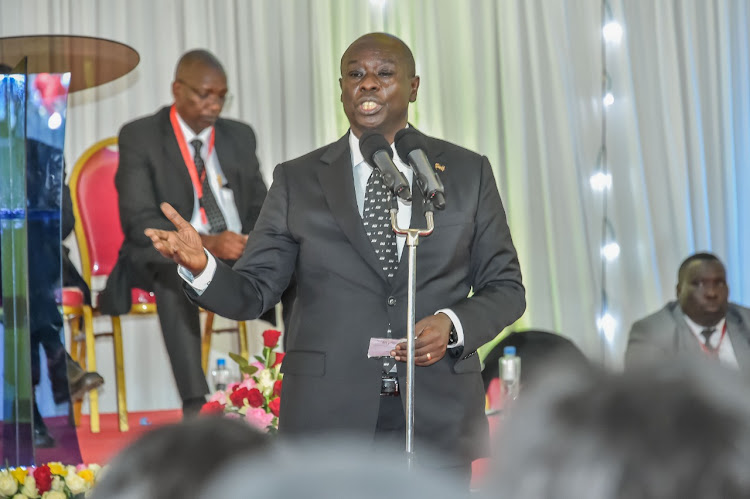 Speaking in Mathira constituency during his late brother John Reriani's funeral, the DP reiterated that his family values friendship.

"My family made a conscious decision to stand with you in very difficult circumstances, against all odds, against all pressure, because we are an honorable family," he said.

"I must serve you with honesty and loyalty," Gachagua affirmed.

This was the second time Gachagua was assuring the President of his family's loyalty to his leadership after making similar remarks during his late brother James Reriani's burial in May.

Gachagua said his family and the President have been friends for years such that they consider him part of the family.

"You have become part of our family, we celebrate you, we cherish you. If other Kenyans betray you, we will not, we don't know betrayal, we are people who are true to friends."

On October 3, Gachagua vehemently defended Ruto's decision to appoint politicians to the Cabinet.

The President nominated ten politicians in his 22-member Cabinet.

The DP said politicians are more competent to handle the various ministerial dockets because of their proximity to the electorate.

"The technocrats appointed in the past failed to deliver as expected because they never took enough time to interact with the ordinary people to understand their real needs,” Gachagua said.

“Politicians are most suited to address issues because they always keep in touch with the electorate,” he added.

As former DO, mine will be yes sir! Yes sir! - Gachagua to Ruto

He dismissed fears from some quarters that he would cause problems to the DP once in office.
News
8 months ago