"I am very happy that between four to five million Kenyans will be out of CRB blacklist." 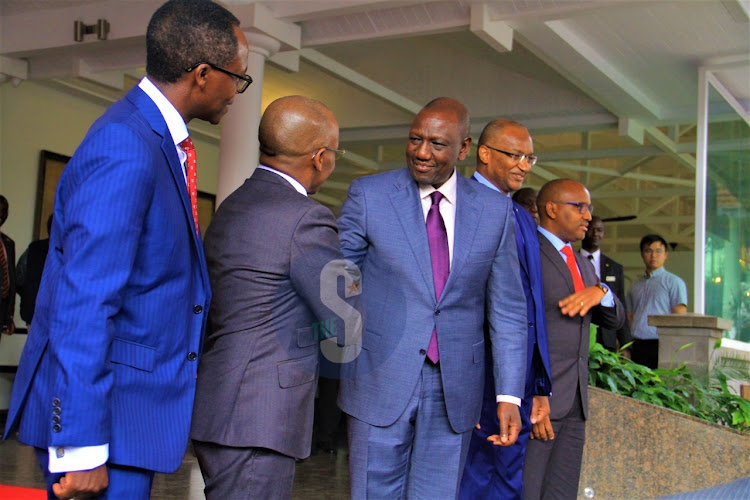 President William Ruto has announced that at least four million Kenyans will be opted out of the Credit Reference Bureau listing.

Addressing a joint press conference with CEOs of Safaricom, KCB and NCBA, Ruto said the removal will happen by November.

Ruto said the move is very important as many people have been excluded from any formal borrowing.

"I am very happy that between four to five million Kenyans will be out of CRB blacklist by the beginning of November," he said.

"This is very important, 4 million Kenyans have been excluded from any formal borrowing because of blacklisting. They have been left at the mercy of shylocks."

He urged the credit bureau to walk that journey with hustlers so that they are not disadvantaged, adding that the model of listing defaulters should be amended.

"Governor please explain to our people in the CRB space that we should change the model of listing so that we do not make an all-or-nothing process, and unfairly disadvantage borrowers," he said.

The President, however, did not clarify the category of defaulters who will be removed from the CRB.

The President further stated that the government is not against credit listing, but instead supports CRB as a mechanism of instilling financial discipline.

"I want to commit here that the government of Kenya is not against credit listing or credit bureau facility in fact we support CRB as a mechanism of instilling financial discipline in our financial sector."