President William Ruto has proposed for nomination three elected leaders in his Cabinet.

• This is because the Constitution does not allow elected members to hold ministerial positions. 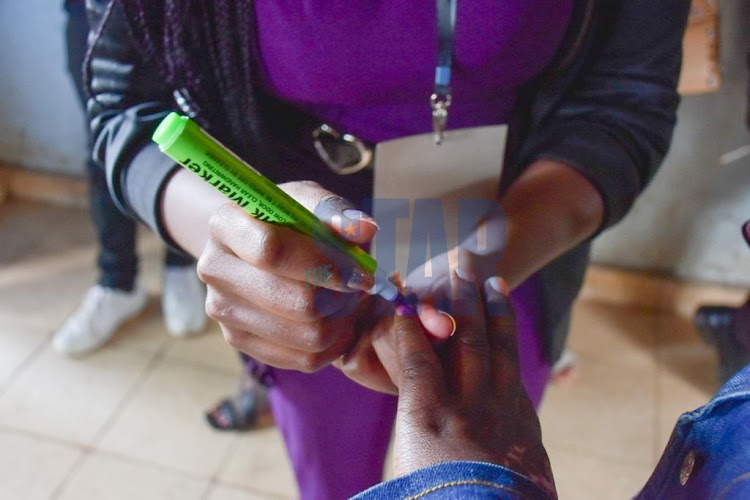 A voter being marked after casting her vote.
Image: FILE

President William Ruto on Tuesday unveiled a list of proposed members of his Cabinet at State House, Nairobi.

Murkomen was named the cabinet nominee for Roads and Public Works, Duale was proposed for the Defence docket while Wahome was nominated Water and Sanitation CS.

If successfully vetted and approved by Parliament, IEBC will declare their seats vacant and call for by-elections through a gazette notice.

This means areas where the elected leaders had been elected to represent the electorate in Parliament will have to elect new leaders in by-elections.

This is because the Constitution does not allow elected members to hold ministerial positions.