He said the legislators are the sole dependants of their constituents and needed to be funded.

•The Supreme Court declared the Constituency Development Fund illegal and unconstitutional bringing to the end a nine-year court battle between the Members of Parliament and civil society groups.

•He said the legislators are the sole dependants of their constituents and needed to be funded. 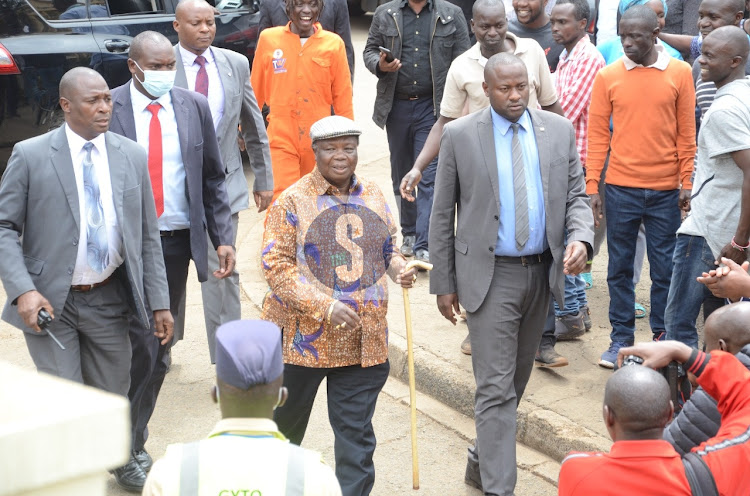 Central Organization of Trade Unions (COTU) Secretary General Francis Atwoli has come out to strongly support a push for pay increment by Members of Parliament.

Speaking on Saturday, he said the legislators are the sole dependants of their constituents and needed to be funded.

"So many people depend on them(MPs) and they are going to initiate alot of things in their constituencies.  If you cut them from earning, what will give them dignity as members of parliament? You are doing a disservice to the country," Atwoli said.

Attempts by the 13th Parliament to coerce the Salaries and Remuneration Commission (SRC) to reinstate sitting allowances for plenary sessions hit a snag last week.

The MPs expressed dissatisfaction with the commission over the new emoluments it gazetted ahead of elections.

They demanded that SRC reinstates Sh5,000 sitting allowance for every plenary session and car grant where every MP received a brand new car at the start of every Parliament.

However,  SRC chair  Lyn Mengich was adamant that sitting allowance had not been abolished but was included in the MPs’ consolidated pay which stands at Sh710,000.

Also last month, the Supreme Court declared the Constituency Development Fund illegal and unconstitutional bringing to the end a nine-year court battle between the Members of Parliament and civil society groups.

In its verdict, the country’s highest court found that the law allowing MPs to manage funds offends division of revenue and public finance law.

The case had been filed at the High Court in 2013, but it later escalated to the Supreme Court after the Court of Appeal overturned the High Court’s finding.

Going further, Atwoli said it was utpo the taxpayers to ensure that the MPs are well dressed so that they don't engage in 'funny' businesses which do not match their status.

"MPs must appear presentable, must speak well, must be seen as MPs and it is us as taxpayers to make sure they are well dressed so that they don't become conmen or do some other business,"  he said.

According to the outspoken COTU boss, the MPs cannot serve their constituents if they are not well 'fed'.

"I don't think we are moving well as a country. If you are hungry how do you represent the hungry if you have been left to beg? MPs carry themselves with respect and dignity as elected leaders, "Atwoli said.

A five-hour long meeting between the two sides ended with no positive outcomes for the MPs.
News
2 months ago
Post a comment
WATCH: The latest videos from the Star
by MAUREEN KINYANJUI News Reporter
News
25 September 2022 - 12:45
Read The E-Paper